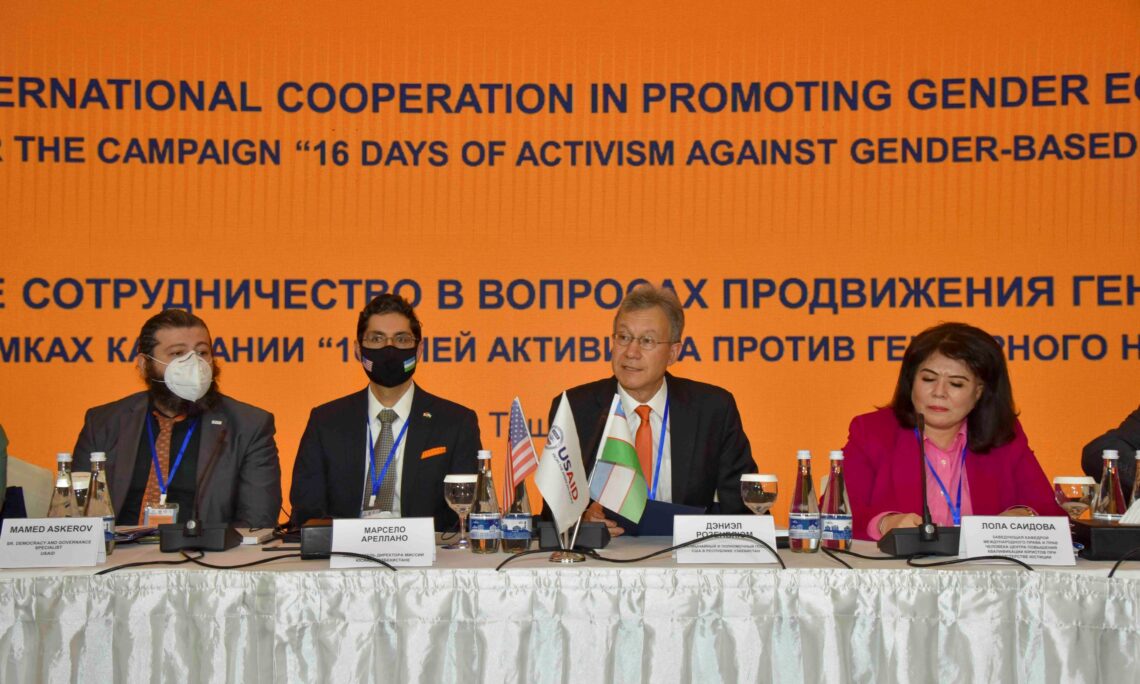 November 30, 2021, Tashkent, Uzbekistan – Today, the U.S. Agency for International Development (USAID) held the “International Cooperation in Promoting Gender Equality” conference. The event brought together approximately 100 representatives from Uzbekistan’s Parliament and various national and international institutions, including experts from civil society organizations and academia. The conference discussed best practices in promoting gender equality, including methods to prevent gender-based violence and to strengthen the role of women in public life, as well as the effects of the implementation of new gender legislation in Uzbekistan, such as the Gender Equality Law and the Law on Protection from Gender-Based Violence, both adopted in 2019.

Speaking at the conference, the U.S. Ambassador to Uzbekistan Daniel Rosenblum said: “Violence against women transcends borders and cultures: one in three women experience gender-based violence in her lifetime. In order to advance democracy, build stronger economies, and make lasting development gains globally, we must invest in the rights and opportunities of women and girls, in all their diversity, both in the United States and around the world.”

USAID has long recognized the importance of addressing the violence that affects women’s ability to thrive and succeed. Under the Biden Administration, USAID has expanded partnerships with non-governmental organizations, women’s groups, private-sector firms, and government institutions to implement effective programs to increase awareness and prevention of the harmful impacts of violence against women. On this day and every day, the U.S. Government stands unified in preserving and protecting the dignity of women and girls worldwide.

The conference is part of the global campaign, “16 Days of Activism against Gender-Based Violence”, a civil society initiative started in 1991 and coordinated by the Center for Women’s Global Leadership. The campaign runs each year from November 25, International Day for the Elimination of Violence against Women, to December 10, Human Rights Day. This year, the campaign marks its 30th anniversary.

USAID partners with the Government of Uzbekistan to diversify the country’s economy and increase regional trade, address serious health threats – including COVID-19 – and build the government’s capacity to respond to the population’s needs. For more information, please visit: https://www.usaid.gov/uzbekistan.