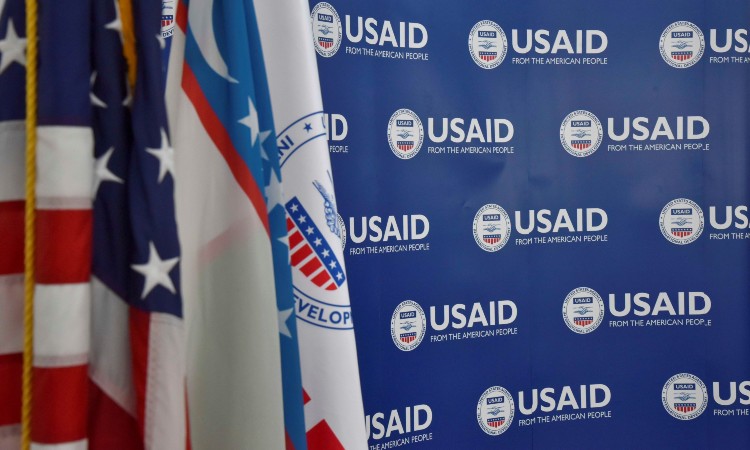 22 September, 2021, Tashkent, Uzbekistan – Today, the U.S. Agency for International Development (USAID) marked the successful completion of the Rule of Law Partnership in Uzbekistan program at a virtual event. The six-year program was jointly implemented by the Supreme Court of Uzbekistan, USAID, and the United Nations Development Program (UNDP).

Representatives of the Supreme Court, Supreme Judicial Council, Higher School of Judges of the Republic of Uzbekistan, Tashkent State University of Law, University of World Economy and Diplomacy, and Madad non-governmental organization attended the online meeting.

Speaking at the event, U.S. Embassy Deputy Chief of Mission Paul Poletes stated, “Over the past six years, our partnership has strengthened Uzbekistan’s judiciary and its independence, and supported the Supreme Court in implementing broad judicial reforms in line with international best practices.”

Mr. Poletes went on to highlight some of the principal achievements of the partnership, including the introduction of the E-SUD electronic court system; training and equipment for law school legal aid clinics that offer free legal services to low-income citizens; increasing the representation of women in the legal professions; and improvements in judicial appointment and case distribution procedures.

Since 2015, USAID has worked with the Supreme Court to strengthen the independent judiciary and rule of law in Uzbekistan, as well as public trust in the judiciary. In addition, the program has played a central role in implementing reforms within Uzbekistan’s national courts and the broader judiciary system. These reforms have been in line with Uzbekistan’s overarching national development objectives for 2017-2021, as well as the United Nations 2030 Agenda.

USAID partners with the Government of Uzbekistan to diversify the country’s economy and increase regional trade, address serious health threats – including COVID-19 – and build the government’s capacity to respond to the population’s needs. For more information, please visit: https://www.usaid.gov/uzbekistan.