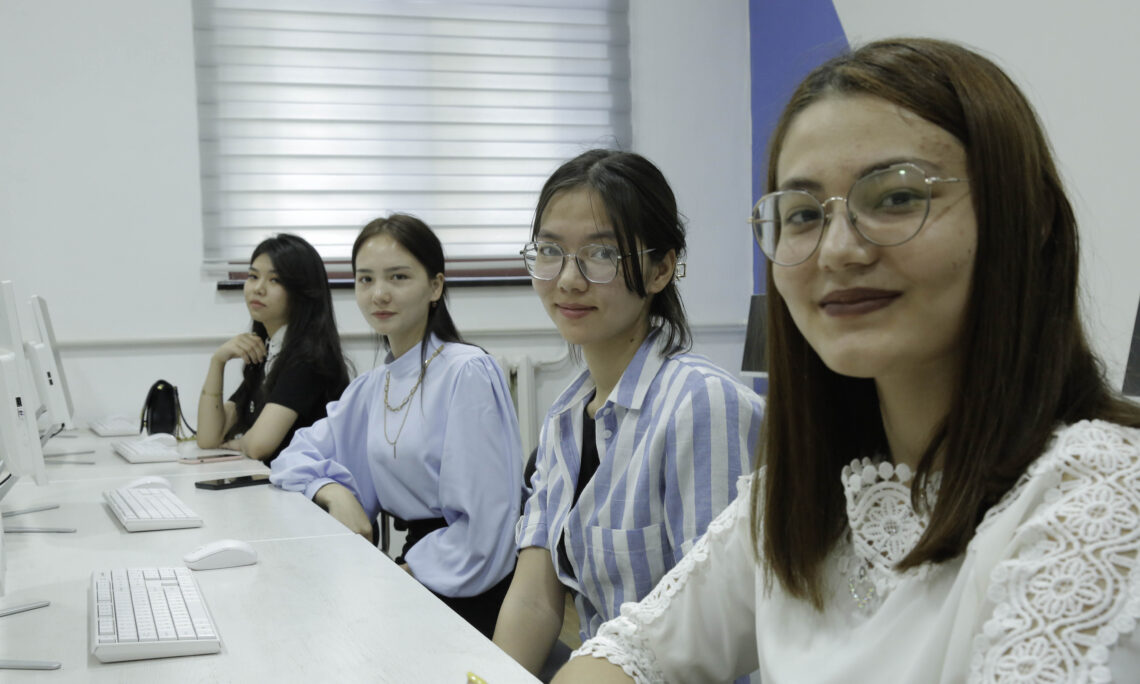 August 15, 2022, Tashkent, Uzbekistan – Today, the United States Agency for International Development (USAID) launched an initiative which will integrate socially vulnerable women and women with disabilities into Uzbekistan’s digital economy. Approximately 250 women in the Tashkent and Kashkadarya regions will receive training in e-commerce, social media marketing, and advertising. Program graduates will receive support in finding employment and opening their own businesses. The initiative is implemented in partnership with Sharq Ayoli, an International Women’s Public Fund, with support from the Government of Uzbekistan, including the Committee on Women and Family Affairs, and the Committee on Women and Gender Equality of the Senate of Oliy Majlis.

“Investing in women’s economic empowerment, and the inclusion of persons with disabilities, sets a direct path towards gender equality, poverty eradication, and inclusive economic growth. This program will narrow the gender gap in digitalization, empower women, and facilitate equal access and opportunities to participate fully in the economy for women with disabilities”, said Luann Gronhovd, Acting Mission Director of USAID’s Mission in Uzbekistan.

Uzbekistan’s steadily growing e-commerce sector generated revenue of nearly $500 million in 2020. The adoption of the “Digital Uzbekistan 2030” strategy, which included a pledge to invest $2.5 billion in digital infrastructure ensures the sector’s further growth. With 27 million internet users, Uzbekistan’s e-commerce sector offers a vast array of business and employment opportunities for vulnerable groups, including women and persons with disabilities. However, in order to engage in e-commerce or to launch their own business startup, women often need the relevant skills and financing.

The 45-day distance learning course, developed by the Academy of E-Commerce and Digital Professions, will prepare more than 200 women and girls from the pilot regions and 40 members of the National Association of Disabled Women Entrepreneurs of Uzbekistan to participate in e-commerce as entrepreneurs and skilled employees. Participants will launch online stores and sell products through global and local platforms.

The program is part of USAID’s Women’s Economic Empowerment initiative, implemented through its Agribusiness Development activity. In May of 2022, USAID announced an allocation of an additional $2.4 million to support rural women in Uzbekistan.