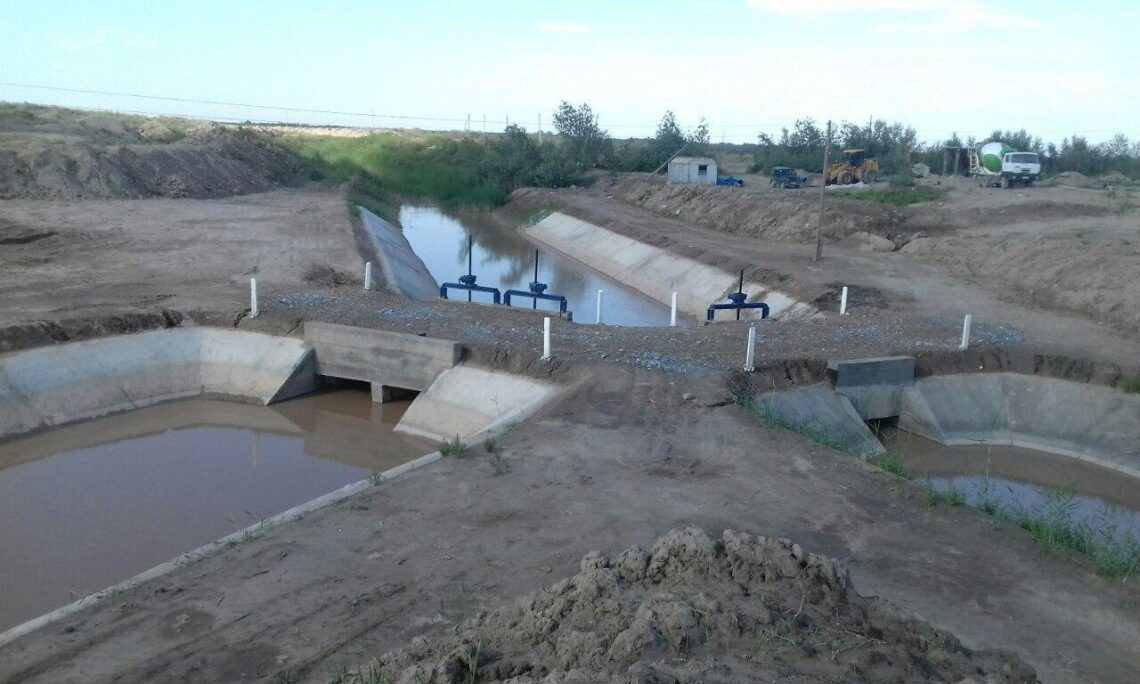 September 10, 2020, Tashkent, Uzbekistan – Today, U.S. Ambassador to Uzbekistan Daniel Rosenblum, together with the Minister of Water Resources, Shavkat Khamraev, opened a virtual event in Tashkent to celebrate the renovation of the Yomonjar irrigation system in Bukhara province. The rehabilitation was funded by the U.S. Agency for International Development (USAID) through its Smart Waters project, implemented by the Central Asia Regional Environmental Center (CAREC).

Yomonjar is an irrigation canal on the Uzbek-Turkmen border – one of the most arid territories in Uzbekistan. The main issue was the lack of coordination on water allocation among farmers due to the shortage of hydroposts and measuring equipment. Built in 1978, the canal diverts water from the main Amu-Bukhara canal to irrigate 8,000 hectares in two districts of Uzbekistan’s Bukhara province – Karakol and Alat, has a total length of 32.5 km and serves approximately 34,000 people. In order to improve water resources management at this canal, the rehabilitation included construction of a barrier structure, a gauging station, reconstruction of outlets, and concreting of the canal bed.

In his remarks, Ambassador Rosenblum stated, “Water is life: it is essential to the growth of any economy, regional peace, and stability, and our collective well-being. The rehabilitated Yomonjar canal will support local communities’ efforts to save water and make it available for irrigation for local farmers, so vital to economic development. We are happy to have supported the construction and rehabilitation of this canal.”

The rehabilitated canal will improve accounting and reporting on water consumption between the two districts, increasing transparency in water management.  The project will also conserve water due to increased efficiency and reduced leakage.

The USAID-funded Smart Waters program helps the countries of Central Asia and Afghanistan deepen their technical skills in water management, facilitate community dialogue on transboundary issues, and build a cadre of professionals, capable of managing shared water resources.  USAID partners with the Government of Uzbekistan to diversify the country’s economy and increase regional trade, address serious health threats – including COVID-19 — and build the government’s capacity to respond to the population’s needs. To know more, visit: https://www.usaid.gov/central-asia-regional and USAID/Central Asia’s Facebook page: https://www.facebook.com/USAIDCentralAsia.