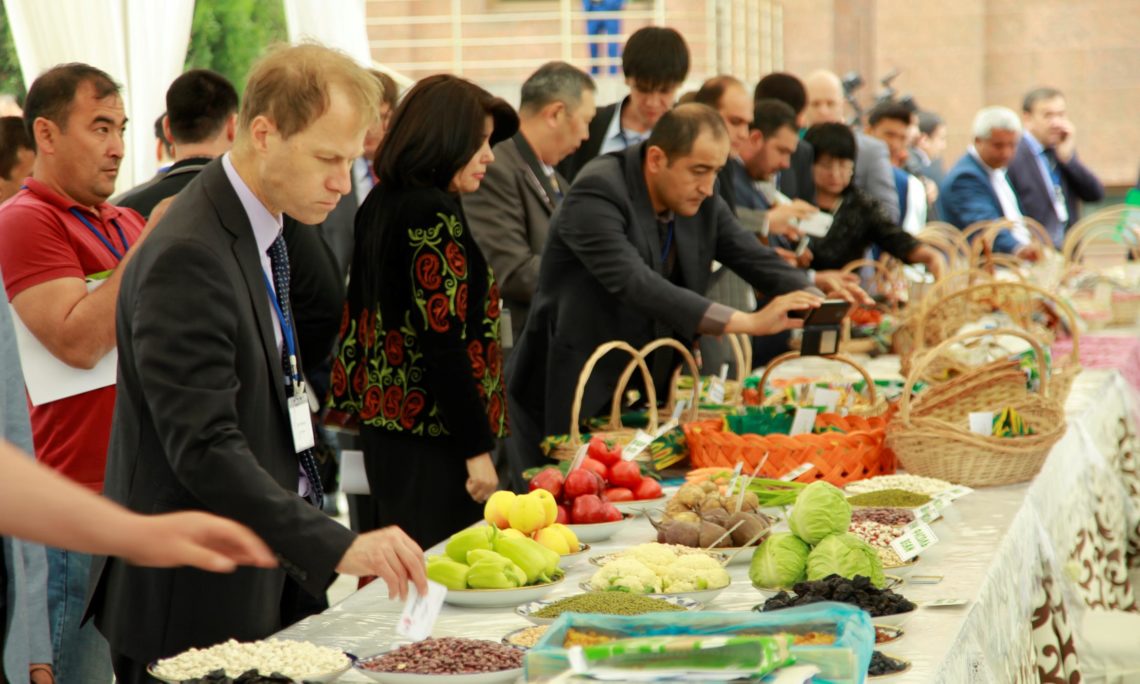 Preliminary results of the first day of the business-to-business event indicated that over $35 million in letters of intent to conduct future trade deals had been signed.

“Today’s forum opens doors for Uzbek companies to establish links with foreign buyers for exporting fresh and processed horticultural products and gain access to new markets,” said Ulugbek Kamaletdinov, Head of Department of the State Committee of the Republic of Uzbekistan for Assistance to Privatized Enterprises and Development of Competition. “It is planned to increase the volume of exports and expand the range of exported fruits and vegetables.”

More than 100 horticulture producers, traders, buyers, retail chains, investors, and development institutions from the region and beyond gathered at the two-day-long forum to find matchmaking opportunities and innovative solutions to stimulate trade and promote exports of the horticulture and related sectors in Central Asia. Buyers and experts from Central Asia, Afghanistan, Belarus, Germany, France, Israel, Italy, Latvia, and Lithuania attended the event.

In a region that is highly agrarian, with 60 percent of the population living in rural areas and agriculture accounting for over 45 percent of the total number of employed, it makes economic sense for Central Asian countries to develop the horticulture sector and encourage greater export.

USAID Competitiveness, Trade, and Jobs in Central Asia facilitates exports and employment in horticulture and strengthen transport and logistics services across the five Central Asian economies. By incentivizing firms to become more regionally competitive and by addressing cross-border impediments to trade, USAID helps to develop a more diverse and competitive private sector and generate export-driven growth.