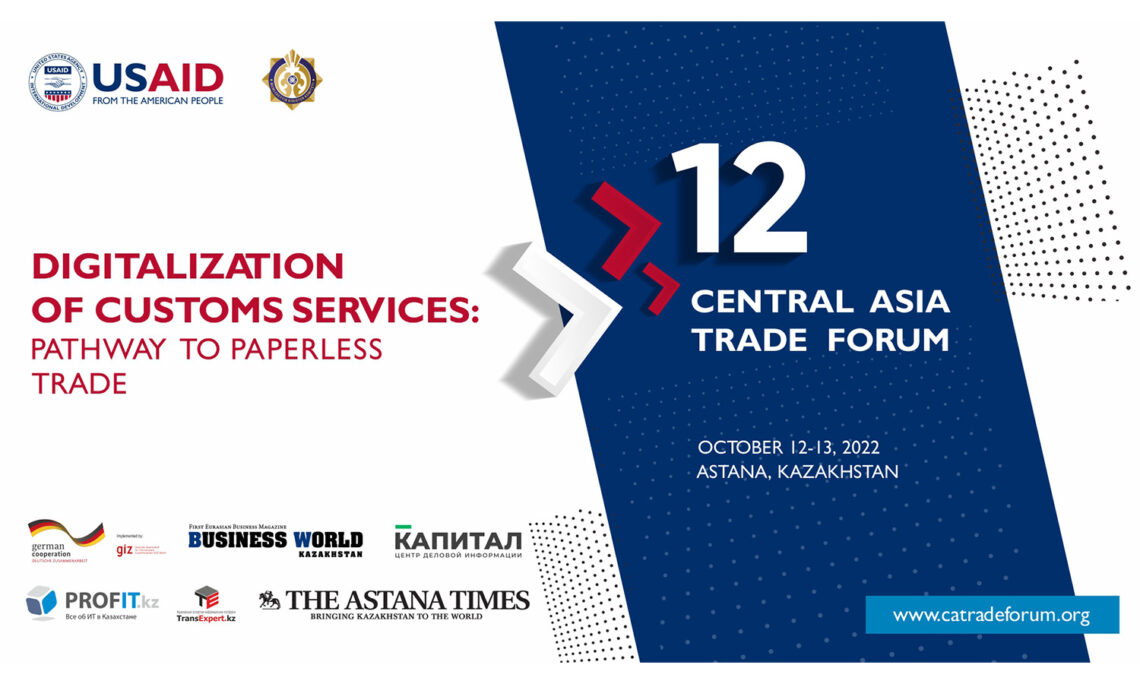 In her opening remarks, USAID Central Asia Regional Economic Development Office Director Laura Cizmo, noted, “This trade forum has been held every year since 2011. It continues a tradition of collaboration between the U.S. and the Central Asian nations that started back in the 20th century.”

USAID’s Trade Central Asia activity is organizing the Central Asia Trade Forum in partnership with the State Revenue Committee of the Ministry of Finance of the Republic of Kazakhstan, the State Customs Service under the Ministry of Finance of the Kyrgyz Republic, the Customs Service under the Government of the Republic of Tajikistan, the State Customs Committee of the Republic of Uzbekistan, and Deutsche Gesellschaft für Internationale Zusammenarbeit (GIZ) GmbH as well as media representing the Astana Times, Business Mir Magazine, Kazakhstan Press Club, Kapital.kz, Profit.kz, and TransLogistics.

Central Asia has undergone a radical transformation. Over the last five years alone, the volume of intra-regional trade has doubled.  Central Asian countries’ trade with the outside world is also growing dynamically. It increased by 54 percent over five years, and now amounts to $167 billion. Trade is now a major driver of economic growth across the region.

For a decade, through this iconic forum, USAID has brought together over 10,000 participants from more than 42 countries to collaborate and cooperate on improving connectivity, deepening competitiveness, and expanding trade for accelerated, sustainable economic recovery and resilience in Central Asia.