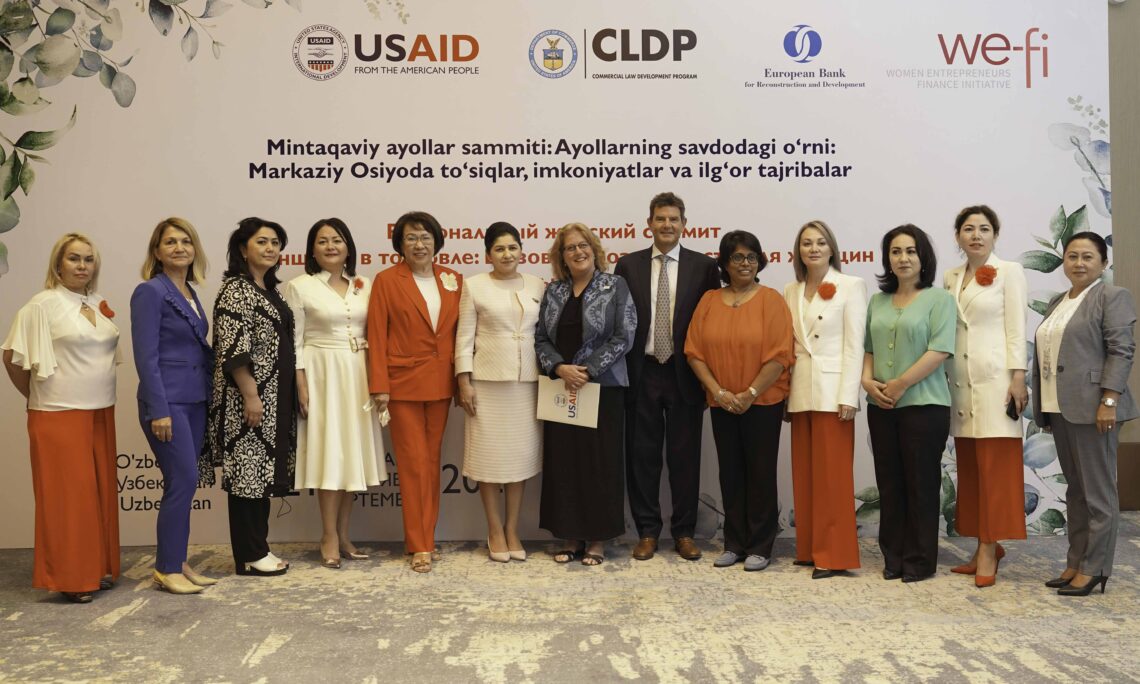 Tashkent, Uzbekistan. September 21, 2022 – Today the U.S. Agency for International Development (USAID) hosted the second-annual Regional Women’s Summit in Tashkent, Uzbekistan. The summit brought together 100 female-owned and female-managed businesses, activists, businesswomen’s associations, government agencies and NGOs from all over Central Asia to collaborate on how best to integrate gender considerations into all sectors of the economies of Central Asia countries, particularly into trade and customs. The Summit’s theme is, Women in Trade: Challenges and Opportunities in Central Asia. Best Practices.

The Summit was co-hosted by USAID’s Trade Central Asia activity, the European Bank for Reconstruction and Development, and the U.S. Commercial Law Development Program (CLDP).

The summit’s agenda included sessions titled, “Women in Customs: How Gender Balance Can Make Customs More Resilient, Credible, and Representative?”, “The Role of E-Commerce in Global Trade: How Can Women in Developing Countries Harness E-Commerce?”, and “The Impact of Current Geopolitical Changes on the Global Trade and Supply Chain.” Discussions centered on the benefits of opening a Women in Logistics and Transport (WiLAT) Uzbekistan office, and current geopolitical changes regarding supply chains, air transportation, and global trade issues.

A networking session provided businesswomen’s associations and female entrepreneurs with a chance to learn from each other, develop professional networks, build regional relationships, exchange ideas, and put their skills and abilities to the greatest use. These measures are important for achieving gender equality and inclusion in Central Asia, by developing a shared vision for regional cooperation between leading businesswomen’s associations.

Today an unprecedented number of women around the world have lost their jobs, incomes and careers through the post-pandemic period. Women’s skills, experiences and productivity are still significantly underutilized across the globe. Female participation in the labor force and the economy fosters economic and business growth. According to the World Bank, simply closing the gender wage gap would increase global wealth by $160 trillion. Fully integrating women into our economies would do even more.

The objective of USAID’s Trade Central Asia activity is to improve region-wide trade connectivity to accelerate economic growth and increase economic opportunity in Central Asia. It works to achieve this by harmonizing customs and border procedures, increasing public-private dialogue on trade and investment, improving cross-border firm-to-firm connectivity, and addressing gender-relevant trade issues. The activity supports women traders and businesses in the region by reviewing current trade policies and practices for bias against women, and designing initiatives to help women overcome these challenges.