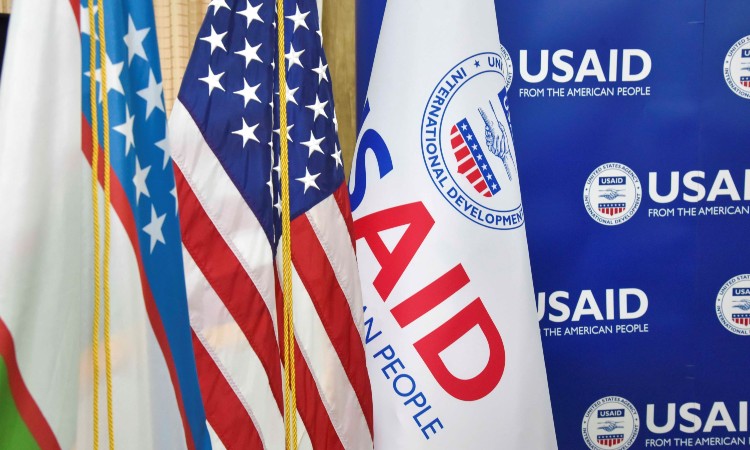 June 7, 2022, Tashkent, Uzbekistan – The U.S. Agency for International Development (USAID), U.S. Department of State Bureau of International Narcotics and Law Enforcement Affairs (INL) and the Uzbek National Sub-Commission on Combating Trafficking in Persons completed a year-long series of Training for Trainers workshops on combating trafficking in persons (TIP). The workshops were led by USAID’s Safe Migration in Central Asia activity and the United Nations Office on Drugs and Crime (UNODC), an INL grantee. The trainings contributed to a 50 percent increase in TIP investigations initiated in 2022, compared to the same period in 2021, and participants have successfully used their new skills to identify potential victims and to prevent those persons from being trafficked.

In one notable instance, a doctor recognized several TIP warning signs during an exam. He followed his training and sought advice from the anti-trafficking officer in the regional health department. Together with the territorial Sub-Commission on Combating TIP, the officer determined that the woman and five others were being trafficked for the purposes of sexual exploitation and identified the person trafficking them. Thanks to this doctor, the regional authorities, and USAID’s training, six women were rescued from trafficking, an arrest was made, and a prosecution is now pending.

The United States is committed to equipping its partners in the Government of Uzbekistan and civil society with the tools they need to fight all forms of gender-based violence and TIP. “The series of regional trainings proved to be very valuable for subject matter practitioners. I am sure that their new expertise is being applied in their work”, said Azizbek Nasretdinov, a representative of the Sub-Commission on Combating TIP, who works at the Department for Combating TIP and Illegal Migration of the Ministry of Internal Affairs of Uzbekistan.

In addition to teaching participants how to identify and refer potential victims of TIP and how to share their new knowledge and skills with others, the workshops have led to an increase in cooperation between practitioners. In the Jizzakh region, the first ever memorandum of cooperation on the investigation of TIP cases was signed between the Jizzakh regional court and local NGOs Istiqlol Avlodi and Istiqbolli Avlod. Based on this agreement, workshop participants from the NGOs trained more than 60 members of the territorial Sub-Commission on Combating TIP across four districts of the region.

The workshops were held in all of the 14 regions of Uzbekistan and training was provided to 460 stakeholders whose work involves victims of TIP. Trainees included representatives of territorial Sub-Commissions on Combating TIP; judges; prosecutors; internal affairs officers; healthcare specialists; labor and employment departments; as well as town and district administrations and NGO representatives.

USAID partners with the Government of Uzbekistan to diversify the country’s economy and increase regional trade, address serious health threats – including COVID-19 – and build the government’s capacity to respond to the population’s needs. For more information, please visit: https://www.usaid.gov/uzbekistan, and Facebook page: https://www.facebook.com/USAIDUzbekistan/