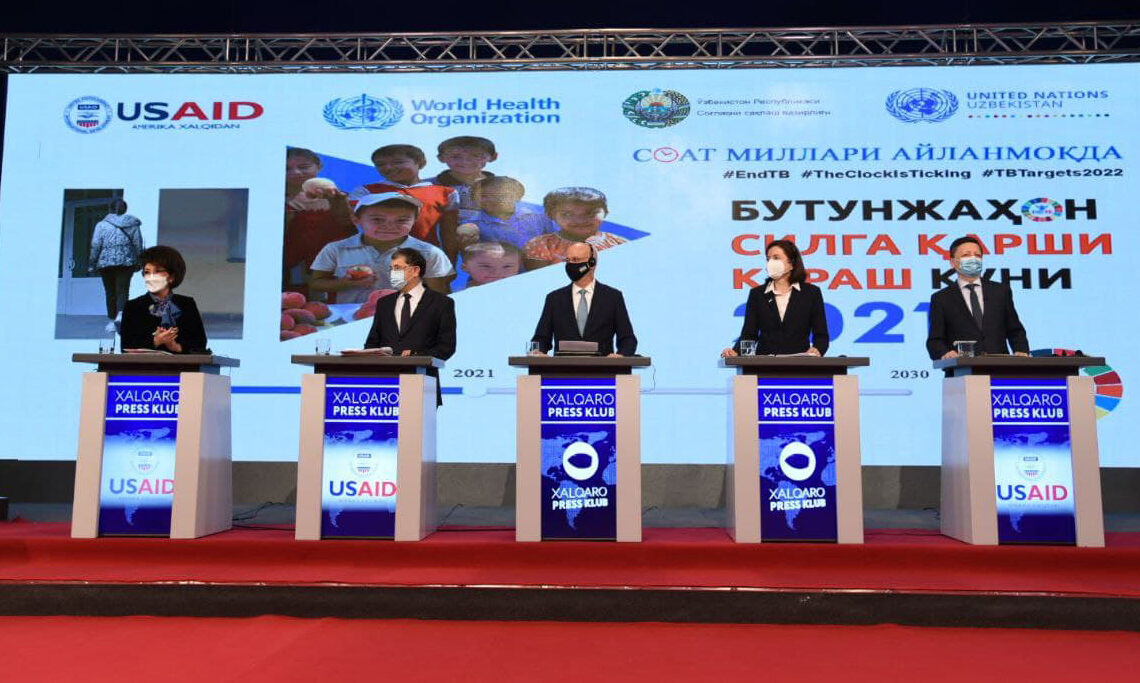 Eliminating Tuberculosis is a United Nations global goal requiring joint and sustained efforts of governments, international donors, civil society and private organizations. World Tuberculosis Day is marked annually worldwide on March 24 to raise public awareness of the devastating health and socio-economic consequences of this disease, which claims over 4,000 lives every day worldwide.

While Uzbekistan is making steady progress in the fight against tuberculosis, its drug-resistant type remains one of the most pressing challenges for the country’s healthcare system and a global public health threat.  In response, recently USAID launched four new, multi-year tuberculosis activities valued at more than $15 million, introducing the best international guidelines for its prevention and treatment, new medications, and diagnostic technology to help patients with drug-resistant tuberculosis.

“The U.S. government has been a proud partner of the Government of Uzbekistan in the fight against tuberculosis and through our collaborative efforts over the years, we have been able to contribute to the reduction of the burden of tuberculosis and improve the well-being of Uzbekistan families,” noted Deputy Chief of Mission of the US Embassy in Uzbekistan Alan Meltzer at the International Press Club live session. “Working together we will defeat tuberculosis”.

USAID  effectively collaborates with the Ministry of Health’s National Tuberculosis Program (NTP) to improve the training of specialists, the availability of drugs, medical and laboratory equipment, and accelerate prevention, detection and treatment of tuberculosis. This year, USAID, NTP,  and its partners launched different events and digital campaign on regional and national levels aimed at raising public awareness and reduction of stigma and myths associated with it.

For more than 20 years, USAID has been working in partnership with Uzbekistan to improve the health and wellbeing of people of Uzbekistan, and has invested more than $130 million in the health sector of the country.