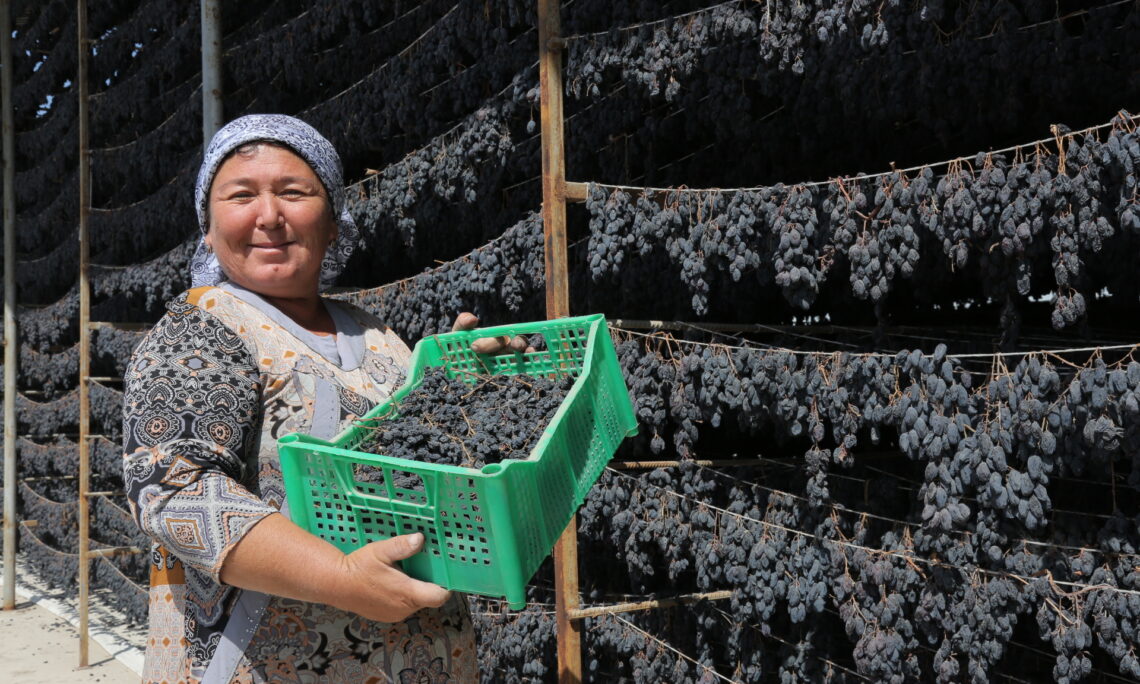 During the event, Ambassador Rosenblum stated, “Uzbekistan’s horticultural sector is undoubtedly stronger and more competitive due to USAID’s support over the last five and a half years. With USAID support, Uzbek businesses have introduced new technologies and agricultural practices, made strategic investments, and strengthened business operations. Additionally, Uzbekistan horticultural exports among the program’s partners have increased 250 percent since 2015, and the agricultural incomes of Uzbek farmers have more than doubled.”

Since its launch, the USAID Agricultural Value Chain activity has worked with public and private sector partners to promote high-value-added commercial horticulture in Uzbekistan. The program supported 510 organizations and businesses, including fruit and vegetable producers, processors, cold store owners, and exporters along the value chain by linking domestic partners to strengthen supply chains and linking exporters to foreign buyers to reach new markets. Through the program, USAID leveraged $23 million in private sector investment in the agricultural sector, which resulted in improved agricultural practices over 11.4 percent of horticultural land and 55.1 percent producers adopting new practices.

In addition, through staff experts and the 75 new consulting service providers that emerged through the program’s implementation, USAID provided over 100,000 training hours to its partners. These training courses were reinforced with do-it-yourself videos that have been viewed on YouTube over 4 million times.

The American people, through USAID, have invested more than $500 million in Uzbekistan since 1993.   USAID is the world’s premier international development agency and a catalytic actor driving development results. For more information, visit: https://www.usaid.gov/uzbekistan.