The United States Government, in partnership with the Government of Uzbekistan, today launched a program that is helping Central Asian countries accelerate the adoption of clean, efficient, cost effective renewable energy. The Power the Future (PtF) program, supported by the U.S. Agency for International Development (USAID), provides assistance to national governments and coordinates closely with donors and other key stakeholders to address the policy, regulatory, technical and financial barriers to scaling up and improving the climate for investment in clean energy across the region.

The Government of Uzbekistan has identified the introduction of renewable energy as a priority under the Strategy of Actions on the Five Priority Areas of Development of Uzbekistan for 2017-2021. Last year, Uzbekistan adopted a state program for developing renewable energy and boosting energy efficiency and plans to invest and raise significant resources to develop hydro, solar and wind power over the next few years.

Today’s launch ceremony opened a two-day international conference on the “Development of the Electric Power Sector in Central Asia Using Renewable Energy.” The conference brings together scientists, academics and representatives from non-governmental non-profit organizations, research centers and institutes in Kazakhstan, Uzbekistan, Tajikistan and the Kyrgyz Republic to share information and learn about cutting-edge technologies and practices in renewable energy.

Gary Robbins, USAID Uzbekistan Country Office Director was joined by Sirojiddin Akhmedov, Head of the Department of Energy Efficiency and Renewable Energy Development, Ministry of Economy at the launch, where he noted: “Around the world, the use of renewable energy is growing by orders of magnitude. In 2016 alone, 161 gigawatts were installed. This growth is leading to economies of scale for renewable energy, not only making it cost competitive with conventional forms of electricity generation but also driving economic growth and job creation.” 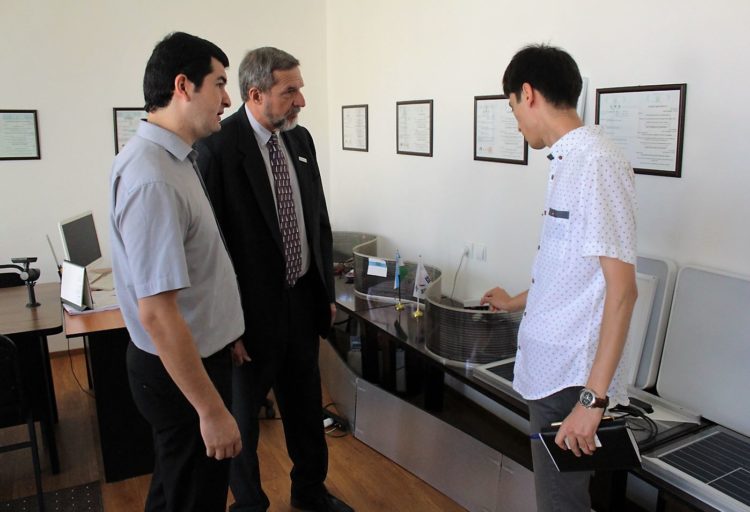