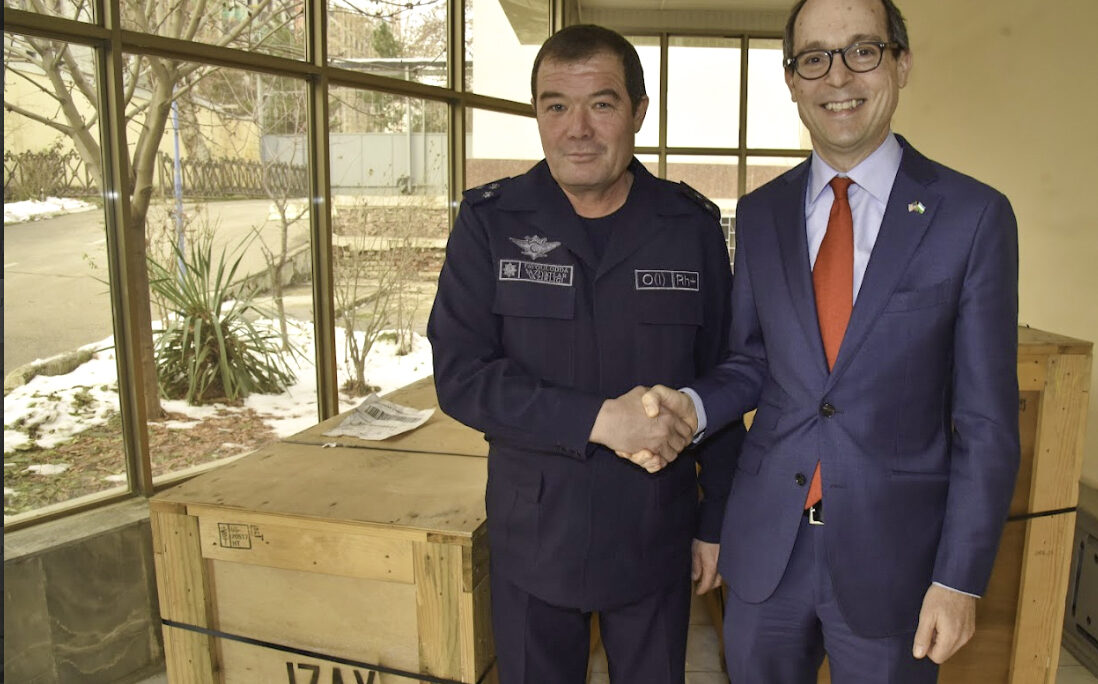 On December 14, Embassy Tashkent represented by Charge d’affaires Paul Poletes delivered approximately 1,000 kg of seismic equipment to the Republican Center of Seismic Forecasting Monitoring (RCSFM) under the Ministry of Emergency Situations of the Republic of Uzbekistan.  The RCSFM, together with the University of California, San Diego (UCSD) and the Incorporated Research Institutions for Seismology (IRIS), will install a permanent seismic station at Karasai, in Jizzakh in the coming months making Uzbekistan part of a prestigious worldwide network of seismic stations.  This global seismic network (GSN) provides essential data for earthquake monitoring, scientific research, and education.  It is supported by the U.S. Geological Survey and the U.S. National Science Foundation (NSF).

The seismic monitoring station is a collaboration between the U.S. Department of State and the NSF of the United States, who will support ongoing data collection and maintenance.  UCSD/NSF will also assist with site preparation and the installation to house seismic recording equipment at the Karasai site and will provide training for the station’s use and upkeep.

The United States is also actively developing seismology education in Uzbekistan.  The U.S. Embassy in Tashkent supported a memorandum of understanding between the National University of Uzbekistan (NUU) and Michigan State University (MSU) which has included virtual trainings on seismology; separately, the embassy helped arrange seismic hazard training for students with experts in seismic hazard mitigation.  NUU and MSU have also been working together on planning for a seismic education station which would be run for students at the university with support from MSU and the U.S. government.