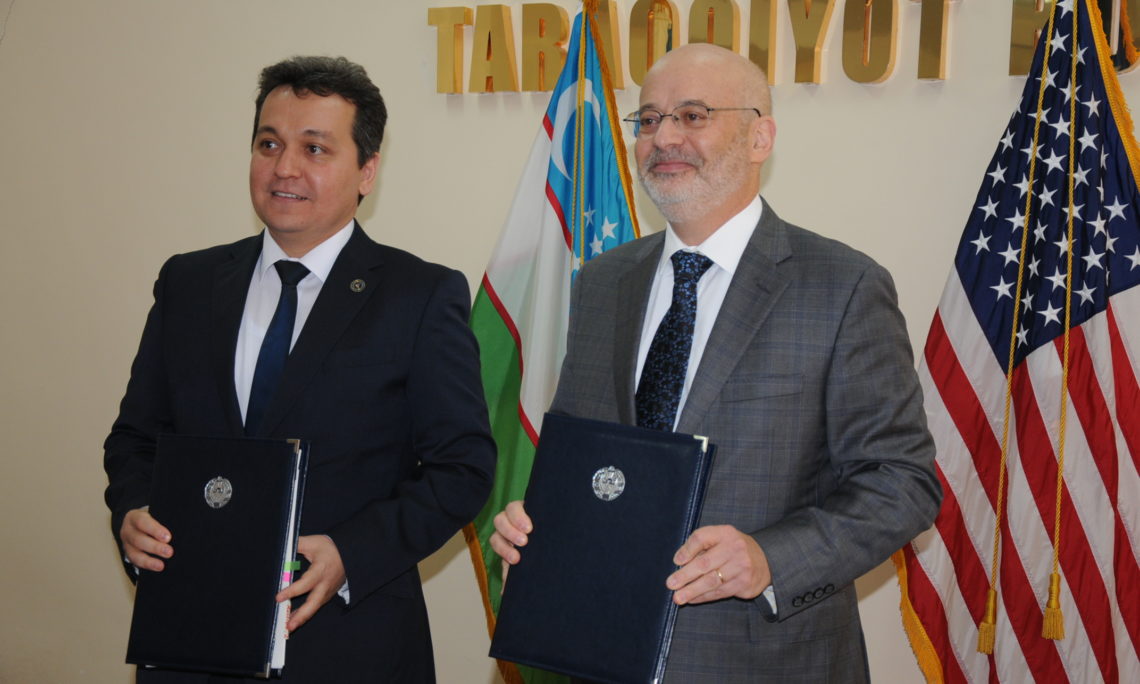 This is the first comprehensive bilateral development grant agreement between the U.S. Government and the Government of Uzbekistan, which outlines the United States’ long-term commitment to supporting progress in the education sector.  Activities funded under this agreement will be implemented in close coordination with the Government of Uzbekistan to improve early grade reading and math outcomes, use of information technology, and English language instruction.

“The United States is committed to supporting Uzbekistan’s efforts to equip its youth with the skills to succeed in the 21st century economy,” said Charge d’affaires Meltzer during the ceremony.  “This agreement expands and solidifies the U.S. – Uzbekistan partnership, and underscores U.S. commitment to Uzbekistan’s aspirations for a more prosperous future.”