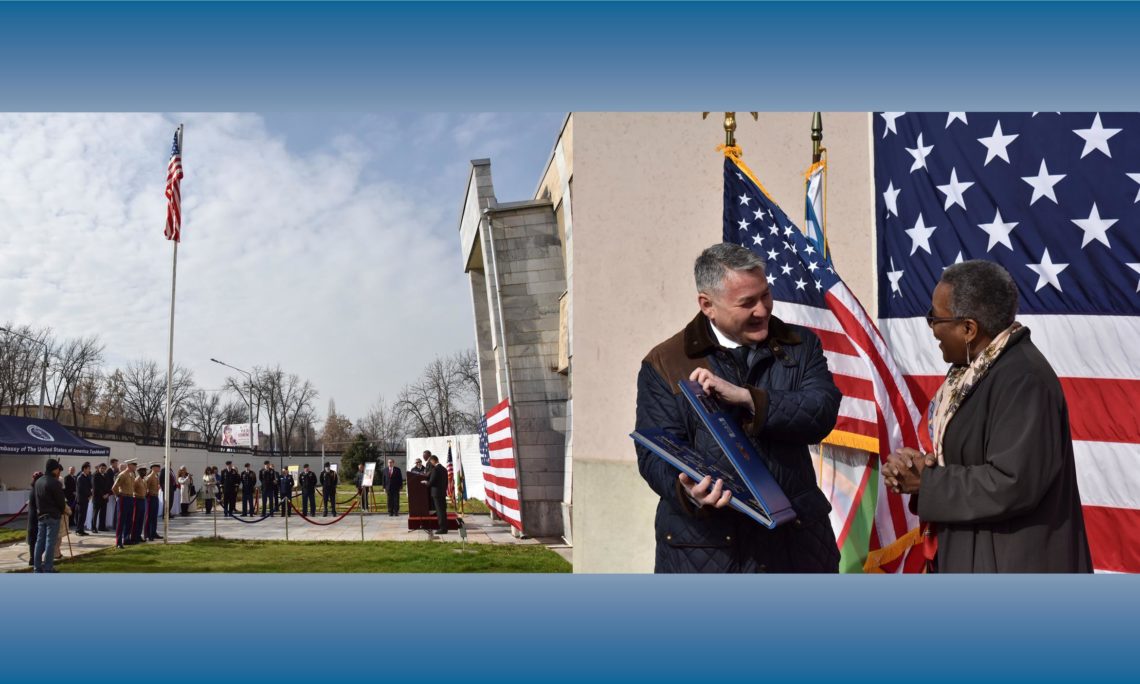 On March 16, to commemorate the opening of the U.S. Embassy in Tashkent and to mark the 25th anniversary of U.S.-Uzbek bilateral relations, the U.S. Embassy organized a flag raising ceremony at the Old Chancery Compound in Chilanzar.  This event recreated the opening of the embassy 25 years ago to the day at the site of the first U.S. Embassy in Chilanzar. Representatives from the Uzbek Foreign Ministry and Tashkent Hakimiyat participated in the celebratory event along with U.S. Ambassador Spratlen, U.S. diplomatic staff and representatives from the media.

As a recent congratulatory letter from President Trump noted, the United States established diplomatic relations with Uzbekistan on February 19, 1992.  On March 16, 1992, the U.S. Embassy in Tashkent was officially opened.

“Twenty-five years ago today, Charge d’Affaires Mosur along with guests from the Government of Uzbekistan oversaw a flag raising on this territory opening the U.S. Embassy in Tashkent and marking the United States commitment to a relationship with Uzbekistan built on mutual interests and mutual respect,” Ambassador Spratlen stated.

The guests of the event were presented with a newly-released book called “U.S.-Uzbek Cooperation in Facts and Figures” by Uzbek author Mavlon Shukurzoda. 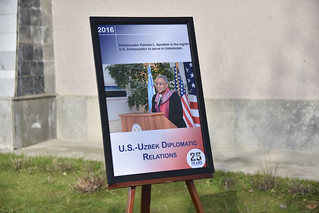