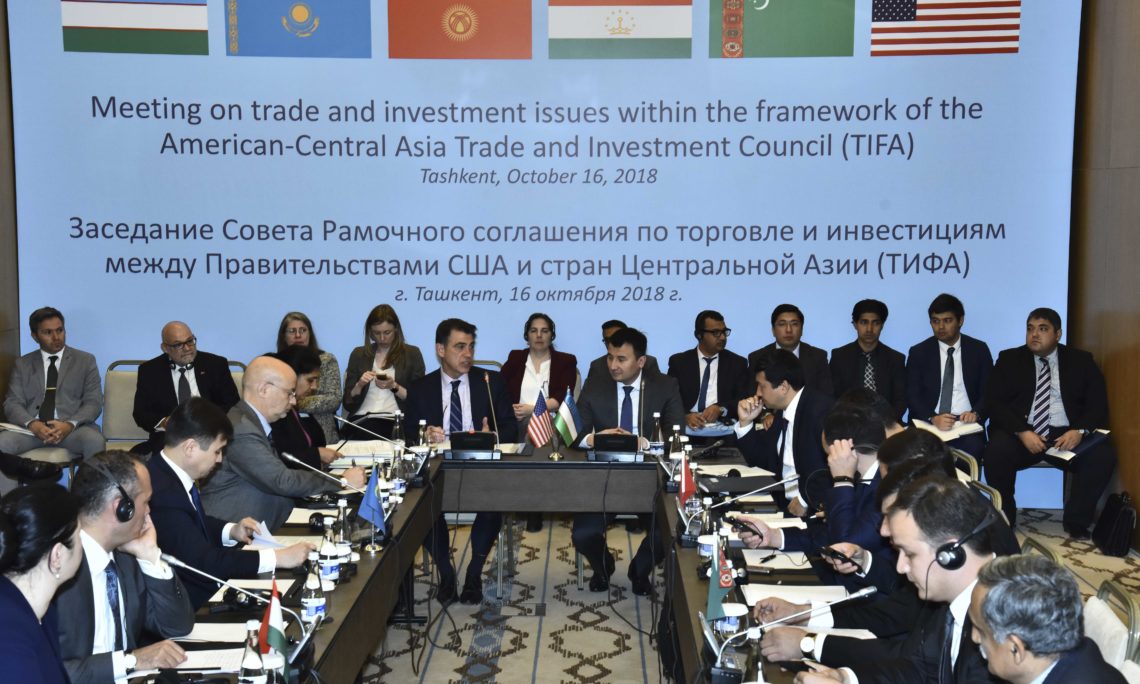 Today, senior officials of the governments of the United States, Uzbekistan, Kazakhstan, Kyrgyzstan, and Turkmenistan met for the Council Meeting of the U.S.-Central Asia Trade and Investment Framework Agreement (TIFA) to discuss the trade and investment environment in Central Asia and the United States. Afghanistan and Pakistan participated as observers.

Under the TIFA, the member countries launched the Intellectual Property (IP) Working Group, which will facilitate development of robust IP protection and enforcement policies to promote economic growth, creativity, and the health and safety of all countries in the region. The countries also launched the work of the Group on Women’s Economic Empowerment. Other Working Groups met on customs, standards, sanitary and phytosanitary measures.

The TIFA Council expressed deep appreciation to the Government of the Republic of Uzbekistan for its hospitality and agreed that the next meeting of the U.S. – Central Asia TIFA Council would take place in Washington, DC 2019.