On August third U.S. Ambassador Pamela Spratlen joined representatives from the Government of Uzbekistan, RC Cola International, and local partner the Family Group in celebrating the arrival of this American brand to Uzbekistan.  RC Cola has existed in the United States since 1905 and now has operations in over 55 countries.

In her remarks, Ambassador Spratlen noted that, “in the years since Uzbekistan’s independence, U.S. companies have worked through unique features of the country’s economy to find success, along the way offering new technologies and opportunities for the people of Uzbekistan.”

In closing she noted that, “The U.S.-Uzbek commercial relationship is an important pillar of our overall bilateral relationship.” Following formal remarks the Ambassador joined representatives from RC Cola and Family Group in officially launching the bottling line in Family Group’s cutting edge plant. 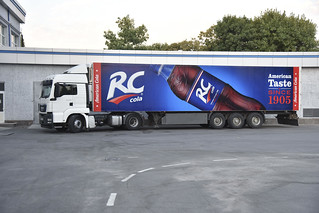