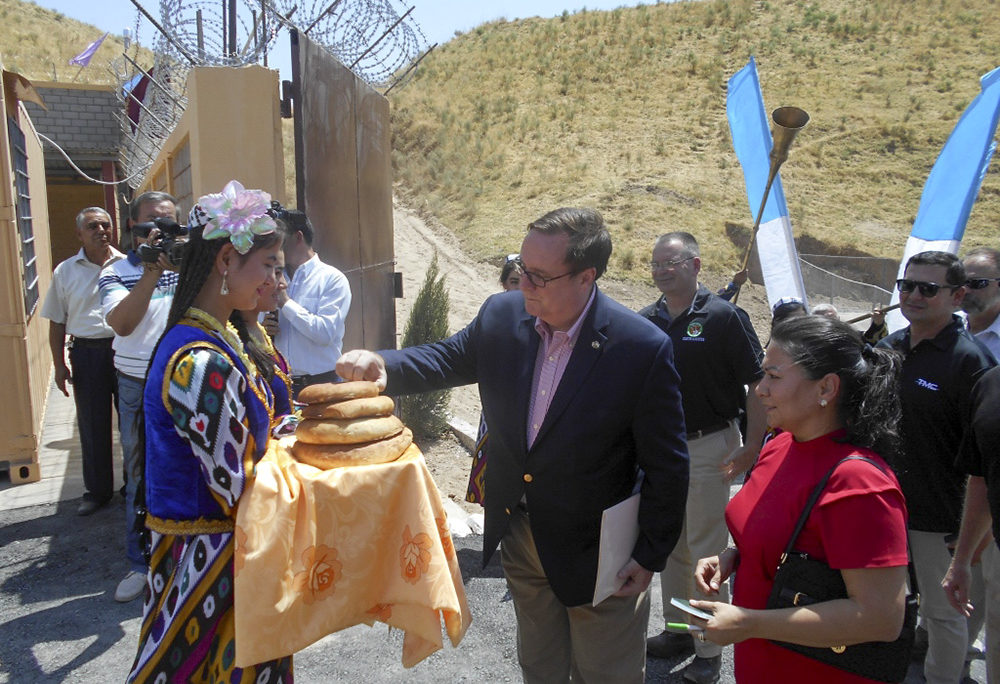 In August 2016, United States Embassy to Uzbekistan’s Deputy Chief of Mission Lesslie Viguerie, attended the opening ceremonies for a new Uzbekistan border post located along the border with Tajikistan.  The event was hosted by General-Major Rustam Eminjanov, commander of the Uzbekistan Border Guards, and showcased the outpost’s new facilities and capabilities. The United States Central Command provided the funding for the project, while an Uzbek company was responsible for completing all the construction. This successful joint Uzbek-American project serves the interests of both countries in meeting the international goal of combating the flow of illegal persons and contraband across national borders.  The United States was proud to support this bilateral effort.