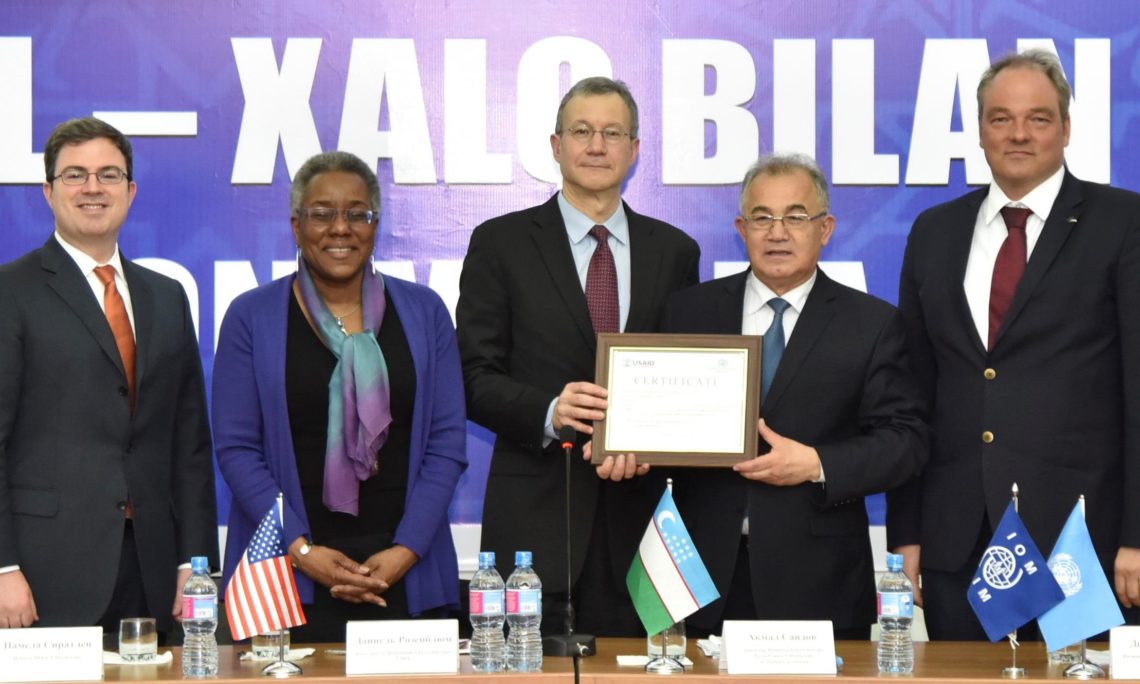 U.S. Ambassador Spratlen and Deputy Assistant Secretary for Central Asia Dan Rosenblum presented counter trafficking manuals, literature, and equipment to the National Human Rights Centre of the Republic of Uzbekistan at a ceremony in Tashkent

On February 24, U.S. Ambassador Pamela Spratlen, along with Deputy Assistant Secretary for Central Asia Dan Rosenblum, presented manuals on counter trafficking for labor migrants to the National Human Rights Centre (NHRC) of the Republic of Uzbekistan at a ceremony in Tashkent.  The manual was developed through the U. S. Agency for International Development (USAID) supported Counter Trafficking project, implemented by the International Organization for Migration (IOM). The manual was written in coordination with the NHRC and the Office of the Prosecutor General, which chairs the National Inter-Agency Commission on Counter Trafficking.

During the ceremony, USAID and IOM also provided the NHRC Learning Resource Centre with literature related to counter trafficking and office equipment to help enhance the NHRC’s ability to conduct educational activities, training, and research on counter trafficking.

Uzbekistan has ratified major international treaties on counter trafficking and has created a national counter trafficking system, including legal frameworks and institutional mechanisms. USAID and IOM have established fruitful cooperation links with key government agencies working to combat trafficking in persons, including the Office of the Prosecutor General and the National Human Rights Centre.

Ambassador Spratlen noted; “Countering trafficking in persons requires effective trans-border cooperation and partnership among multiple stakeholders. Our partnership with the Uzbek Government, IOM, Uzbek NGOs, and other donors exemplifies our joint efforts to work together to combat and abolish this terrible assault on human freedom.  I hope our joint contribution today will help create an open space for people to research, meet, and discuss solutions to the trafficking issues that affect the region.” 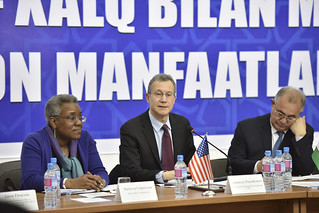