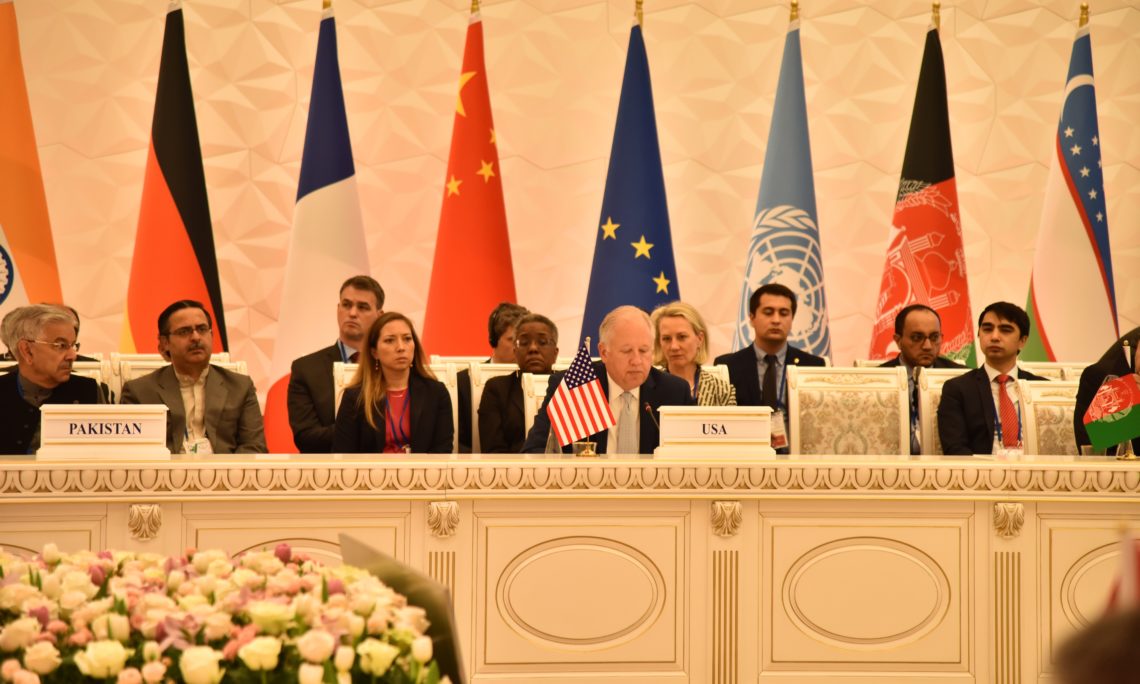 We welcome President Mirziyoyev’s initiative and leadership in working to improve regional relations and strengthen Uzbekistan’s ties to the international community.  We also commend the countries of the region for your expanding economic ties, from trade and customs agreements, to investments in roads, ports, and railways.

One month ago, we came together at the Second Kabul Process Conference and affirmed that the only way to achieve our shared objectives is through a negotiated political settlement between the Afghan government and the Taliban.

In Kabul, President Ghani outlined a courageous vision for a path to peace that can lead to a political process to end the conflict in Afghanistan.

It is now up to Taliban leadership to respond to President Ghani and the National Unity Government’s serious offer.

The United States calls on all of the countries assembled here today to make clear that the Taliban cannot achieve international legitimacy or recognition on the battlefield. Our purpose is to ensure that the Taliban hear a unified message to come to the negotiating table.

We all have a stake in the future of Afghanistan. We all share a commitment to see peace and prosperity in Afghanistan and throughout the region. If the Taliban choose to disregard our united call for peace and continue their campaign of violence in cooperation with terrorists, they leave us all no choice but to oppose them.

Afghan security forces are implementing key reforms and demonstrating that they can defend the Afghan people. These reforms strengthen the fight against ISIS, al-Qa’ida, TTP, IMU, LeT, and other terrorist groups in Afghanistan. Working together, Afghan and U.S. forces have eliminated ISIS leaders, removed hundreds of ISIS fighters from the battlefield, and reduced the terrain that ISIS controls, including in Northern Afghanistan.

While these groups pose a common threat to the region, we must recognize it is the violence of the Taliban that creates the instability that enables these terrorist groups to continue operating in Afghanistan. The more we can do to support the elected government of Afghanistan in countering violent extremism, the sooner we will see peace, stability, economic connectivity, and regional prosperity that leaves no space for terrorists to exploit as a safe haven. All Tashkent participants can contribute to the Afghan government’s mission of peace by taking action to prevent materiel, financial, or political support to the Taliban.

Through a negotiated settlement that leads the Taliban to stop violence, break ties with all terrorist groups, and respect the Afghan constitution, including its protections for women and minorities, the region will finally be able to fully incorporate Afghanistan into its peaceful, economically integrated, and sustainable future. 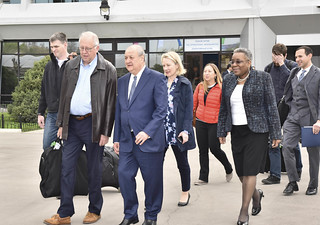