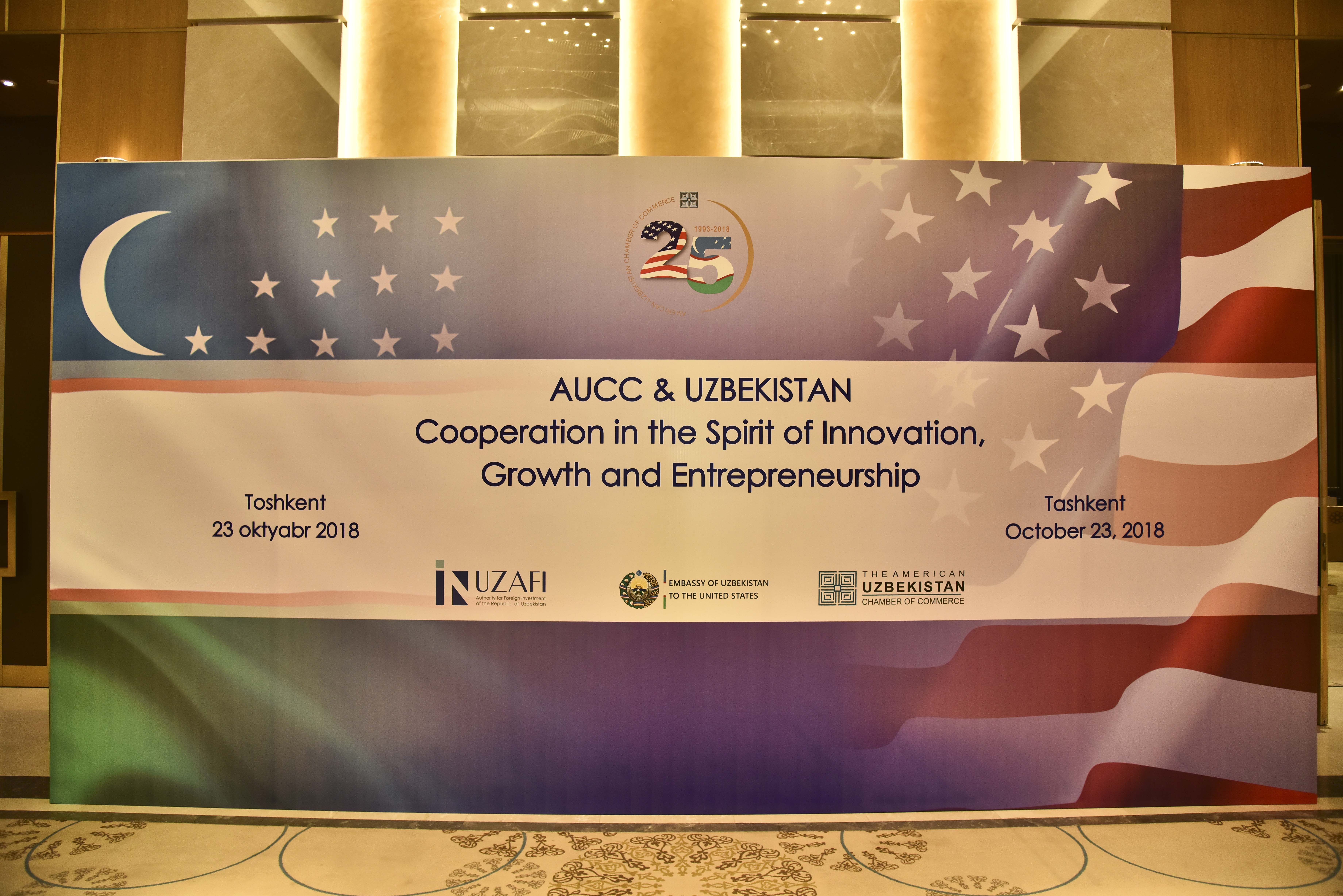 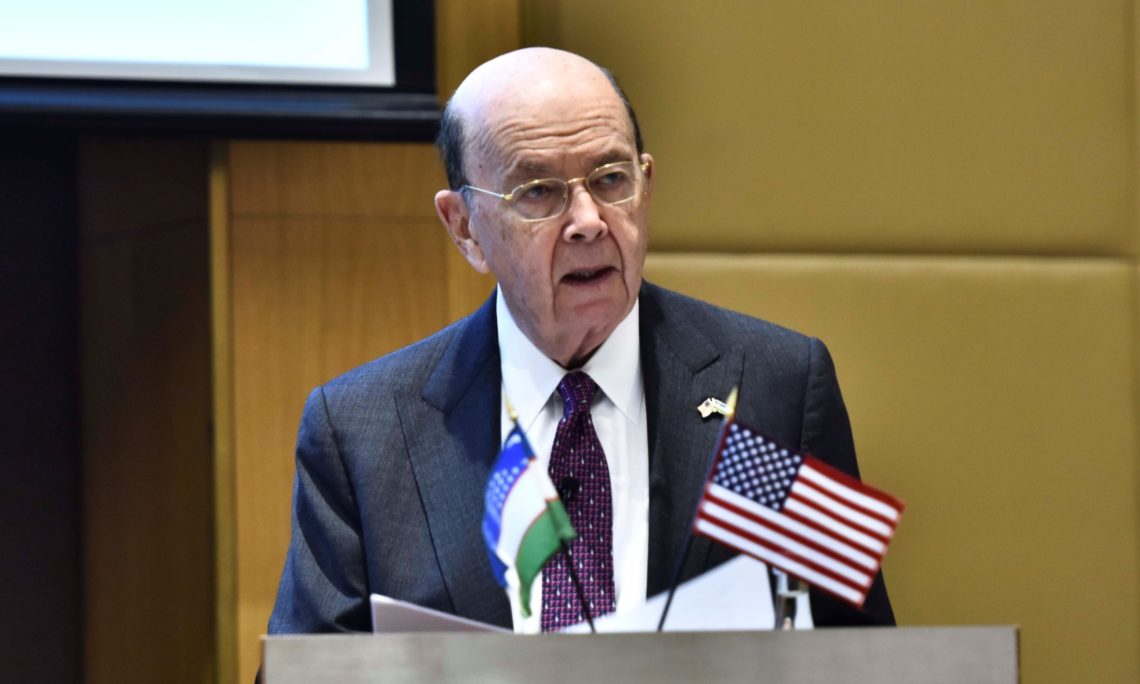 Thank you for that kind introduction.

I am pleased to be here to express the U.S. Government’s commitment to Uzbekistan as we continue to work together to improve the business opportunities between our two nations.

Thank you to the American-Uzbekistan Chamber of Commerce for organizing this event.

And thank you to the distinguished guests and hosts from the government of Uzbekistan.

I want to applaud the successful political and democratic reforms that are underway in Uzbekistan, and to encourage your continued commitment to them.

Such reforms are improving the business and investment climate of your country, and they are leading to a new era of growth and prosperity that will benefit the citizens of this country and those in the region.

It was my pleasure to dine with President Mirziyoyev when he visited President Trump in Washington this past May.

We look forward to working with him and the Government of Uzbekistan at making your goals — such as membership in the WTO — come to fruition.

Having traveled throughout the world both in my capacity as Secretary of Commerce and during my career in the private sector, the types of reforms the President has embraced here are essential to establishing the certitude that companies need to open operations in the local economy.

Once companies feel comfortable and begin to invest, the national economy will experience a strong and virtuous economic cycle of growth.

Companies that are confident in making investments hire local workers.

They create innovative products; take risks; invest in new equipment, factories and research; they export and import; and they generate tax revenues that lead to social and cultural benefits that extend far beyond the business sector.

With that in mind, congratulations to the Government of Uzbekistan for partnering with the U.S. on the successful “U.S. Business Week” event held last week here in Tashkent.

The meetings of the U.S.-Central Asia Trade and Investment Framework Agreement Council were also hosted last week by the Uzbek Ministry of Foreign Trade.

The Office of the United States Trade Representative was part of that effort to bring officials from across the region together to find ways to increase trade among our nations.

As President Trump discussed with President Mirziyoyev in their Oval Office meeting in the White House in May — as well as when they met in Riyadh, and again in New York City — the United States is committed, absolutely committed to being a strategic partner in your growth and development, through trade, investment, and your outreach to other nations in Central Asia.

We are already seeing positive results from these efforts.

American companies are far more engaged than ever before in Uzbekistan.

The U.S. Commerce Department is working with the Uzbek Government in expanding trade in the region.

The United States supports Afghanistan’s full membership because of the importance of integrating Afghanistan into the Central Asian regional economy.

There are many other important initiatives being undertaken now that the Uzbekistan government has embraced its reform agenda.

Just last week, on October 17th and 18th, the U.S. Agency for International Development and the Uzbek Ministry of Foreign Trade co-hosted the Central Asian Trade Forum in Tashkent.

This was the first time this annual event was ever held in Uzbekistan, and it reflects the opportunities that exist for investment in Central Asia’s most populous market.

This year’s forum was the largest ever, with more than 1,600 government and business leaders from 25 countries in Central and South Asia, Europe, and the United States. The forum saw agreements for over $54 million in future deals, and many contacts were made that will further strengthen regional trade cooperation.

Many U.S. companies attended the event, including General Motors, General Electric, Visa, Procter and Gamble, Citibank, and Coca-Cola — to just name a few.

The “U.S. Business Week” held here last week also fulfilled a commitment made by President Trump and President Mirziyoyev during his trip to Washington in May.

It, too, was a big success.

But we know there is more work to be done.

It will be important for Uzbekistan to establish and maintain a track record of transparency and rule of law.

Adopting global business practices is required in government procurement, customs procedures, and in the protection of intellectual property, in taxes, and in regulations that impact exporters, importers, and investors.

State control of the economy will not lead to the growth that can be generated by private-sector investment.

A free market inspires indigenous entrepreneurship and innovation whose benefits extend well beyond business and industry.

Creating a system that allows people to fail — so that they can learn from their mistakes and apply those lessons in their next endeavor — is an essential ingredient for long-term success.

State-owned enterprises and government subsidies to keep inefficient companies afloat tend to work against the interests of society.

In the United States, anybody who tries to create a company and fails is not chastised for their failure, but is heralded for their efforts.

And even the biggest companies are allowed to fail — Sears being the latest casualty.

People learn and move on. They start new enterprises.

Companies with the world’s highest market cap are all American firms, and they did not even exist until fairly recently.

All four of those companies — and many others that are not beholden to state controls — have transformed the global economy.

They have created jobs for millions and millions of people.

And established companies that continue to thrive — like those of you in the room today — are consistently reinventing themselves.

They cannot sit still. They are always on the edge of uncertainty.

They must constantly improve their own products.

Economic freedom does more for a country than any other activity.

And so does opening up government procurement.

When contracting with U.S. companies on public tenders, the citizens of Uzbekistan can be guaranteed that there are no shady deals involved.

The 1977 Foreign Corrupt Practices Act prohibits U.S. companies from engaging in any type of corrupt practice to win contracts.

The law is strictly enforced by the U.S. Department of Justice and has been instrumental in fighting corruption.

It provides officials and citizens of this country with a guarantee that when they do business with a U.S. company, they know that there are no clandestine deals, no lousy terms to a state-backed loan, and no exchange of cash-laden briefcases.

When you do business with American companies, a new generation of aspiring Uzbekistanis gains experience in corporate governance and best practices.

They apply what they have learned to local enterprises.

President Trump commended President Mirziyoyev’s efforts to build bridges and relationships between Uzbekistan and its neighbors.

Doing so will facilitate the success of every country in the region.

The United States hopes that Uzbekistan will continue to play a crucial role in creating stability and prosperity for the broader Central Asia region.

As you work towards a bright future of opportunity for all of the people in this great and important region of the world, please know that the United States stands with you.

My being here today is proof that that is the case.

Thank you very much!