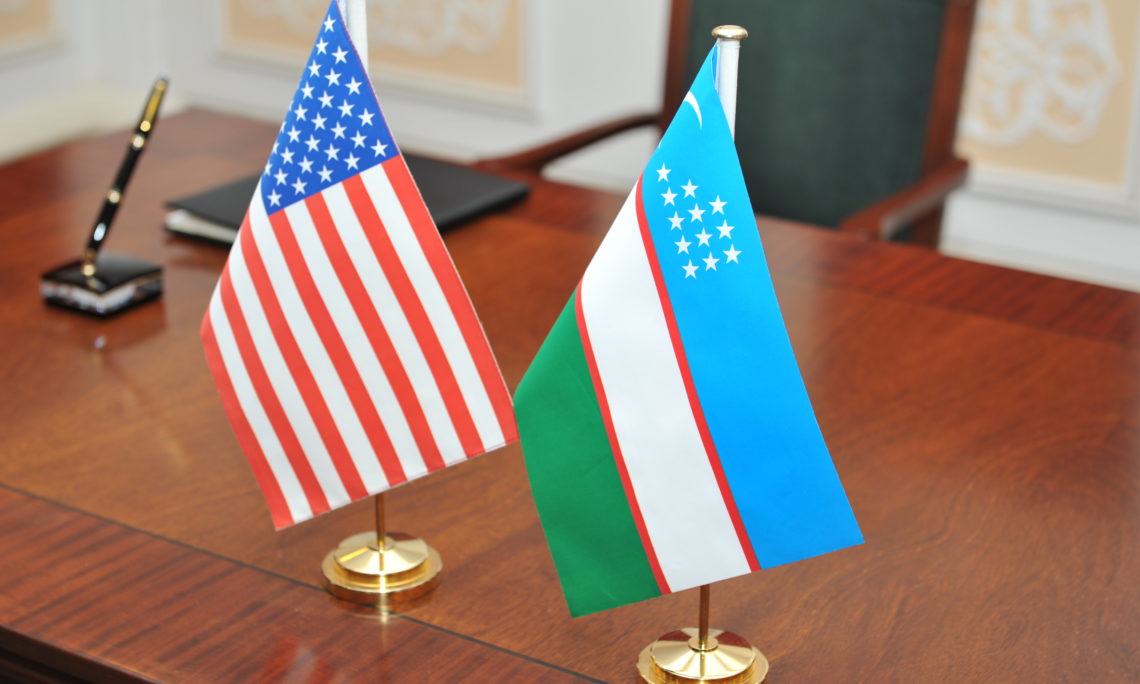 PRESIDENT TRUMP:  Thank you very much.  It’s a great honor to have the President of Uzbekistan with us.  He’s a highly respected man in his country and throughout.  We’ve been working very closely together on different things, including trade.  They’ve actually made investments here.  We make investments there.

We’re working together from the standpoint of the military, including his purchase of equipment and military equipment from the United States.

Mr. President, it’s a great honor to have you.  Thank you.

PRESIDENT MIRZIYOYEV:  (As interpreted.)  Mr. President, thank you very much, indeed.  Today, we are having a very historical meeting.  And we know that the United States of America, since the early days of the independence of the Republic of Uzbekistan, has always supported the independence, sovereignty, as well as the territorial integrity of Uzbekistan.  Indeed, we do highly appreciate this fact.

Our relations, since the elections of the Presidents of the United States of America, as well as Uzbekistan, have taken — have risen to a new level.

Mr. President, I do congratulate that, since the latest election of the President of the U.S. here, in your hands, you have been achieving the very outstanding results in the economic sphere, as well as I do congratulate on the adoption of the historical tax reforms in terms of the creation of new jobs here in America.  This is the result, as well as outcomes, of your personal work, indeed, Mr. President, for the welfare and the prosperity of the American people.

PRESIDENT MIRZIYOYEV:  (As interpreted.)  Indeed, Mr. President, since our latest meetings with you, which take place in Riyadh, as well as in New York City, while at the same time the telephone conversation that we had last year — this is today the work of the historical meeting, as well as the historical message that you have sent to the business world that we have held with the Americans in the New York City have yielded very tangible results and has served the meeting with our team today, having with you, Mr. President.

And, Mr. President, indeed for the past one and a half years, we have been closely engaging with the United States of America in terms of investments.  And lately, we have been procuring from the U.S. a lot of technology as well as the equipment.

As I have already underscored, this today has been a historical meeting.  Mr. President, I look forward to this historical visit to the U.S.  We have been able to sign the contracts and agreements with the leading U.S. companies worth $5 billion.  As I have told you already that the strategic partnership, this new era of the strategic partnership with Uzbekistan and the U.S.

And in this very regard, I would like to say that we’ve got very serious intentions for the years to come, from the perspectives.  Mr. President, I’m taking this fine opportunity to thank you, indeed, for the warm welcome here in the U.S.

PRESIDENT MIRZIYOYEV:  (As interpreted.)  Thank you very much.

PRESIDENT TRUMP:  Thank you very much, everybody.  Thank you.

Q    Are you concerned that Kim will call off the summit?

Q    Is the North Korea summit still on?

PRESIDENT TRUMP:  We’ll have to see.

PRESIDENT TRUMP:  We’ll have to see.

Q    Can the Korean summit be salvaged?

PRESIDENT TRUMP:  No decision.  We haven’t been notified at all.  We’ll have to see.

Q    Will you call off the military drills?

PRESIDENT MIRZIYOYEV:  (As interpreted.)  This is indeed — today’s meeting is real impression for Uzbeks all around the world as well.

Thank you very much everybody.