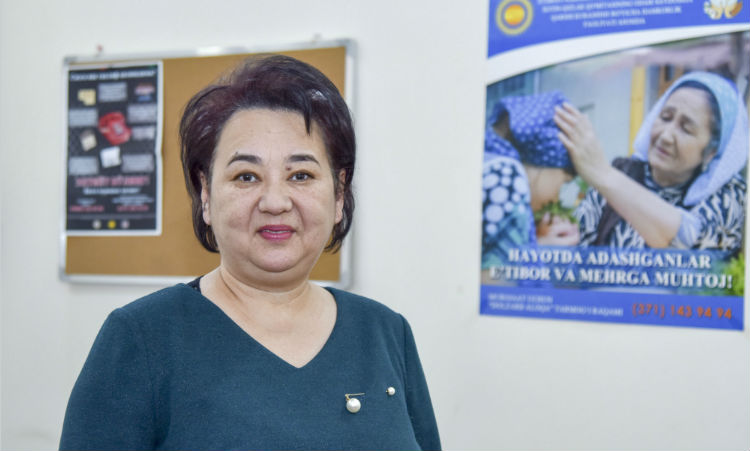 When I look back and reflect on memories of the past, I clearly remember an event in 2001 that brought our NGO “Istiqbolli Avlod” (Future Generation) into existence. My business partner from neighboring Kyrgyzstan called me and informed that many Uzbek girls were travelling through the Kyrgyz city Osh on their way to Dubai. She later asked if we had any NGO in Uzbekistan that worked to combat human trafficking. At that time, we had no idea what the phrase “human trafficking” meant. We were ashamed to say that there was no such organization, but we began to slowly study, learn and research the topic of human trafficking.

Two years later, we were asked to assist in returning a woman of Uzbek origin who ended up in a situation of sex trafficking in Thailand. We were able to process all the paper formalities quickly, but my head was spinning with questions. I had no answers to questions about how to greet her, what to say to her during the encounter, and how to communicate with her in general. It has been a long time, but I still ask myself the question: why did I decide to meet her with flowers? I still remember her sad eyes.  She probably also did not quite understand why I brought flowers. Who knows, maybe she was pleased…

Since that first case,  we started plunging into the issue deeper and deeper day by day. We studied other countries’ experiences, attended training programs, seminars, and international conferences. Nonetheless, there are moments that stick out in my memory.

I remember visiting a prison in Bangkok. Two very young women behind iron bars were weeping bitterly and tried to explain to me how they wanted to break free from sex trafficking and agreed to transport a suitcase with some paper documents from Pakistan. However, it turned out that instead of papers in the suitcase, there were drugs. The women asked for help. I knew it was impossible to help in such situation, but thoughts about those two young women were stuck in my head. In an effort to help, I wrote letters to the King of Thailand, I tried to meet with the Royal Princess of Thailand, and I also wrote letters to our former president.  More than 10 years have passed since then and those women are now at home with their family.

There was also a case when we barely managed to bring a female victim of human trafficking back from Israel, but a few days later, she died. In such moments, I really went to pieces and had doubts about further continuing my work. I thought if I could not help her, what was the point of keeping my organization.  However, we reemerged stronger with my team and continued the work. We try to do everything we can to help those who end up in a difficult life situation and needs our help.

Now, I have come to realize that the reason why I kept going in times of trouble and when I thought I will fall apart is because I had and still have strong, active, creative people next to me who were passionate about helping people.

Since 2003, Istiqbolli Avlod has been working in eight regions in the Republic of Uzbekistan. Its main activities include combating human trafficking, preventing HIV/AIDS and assisting in improving women’s position in society.