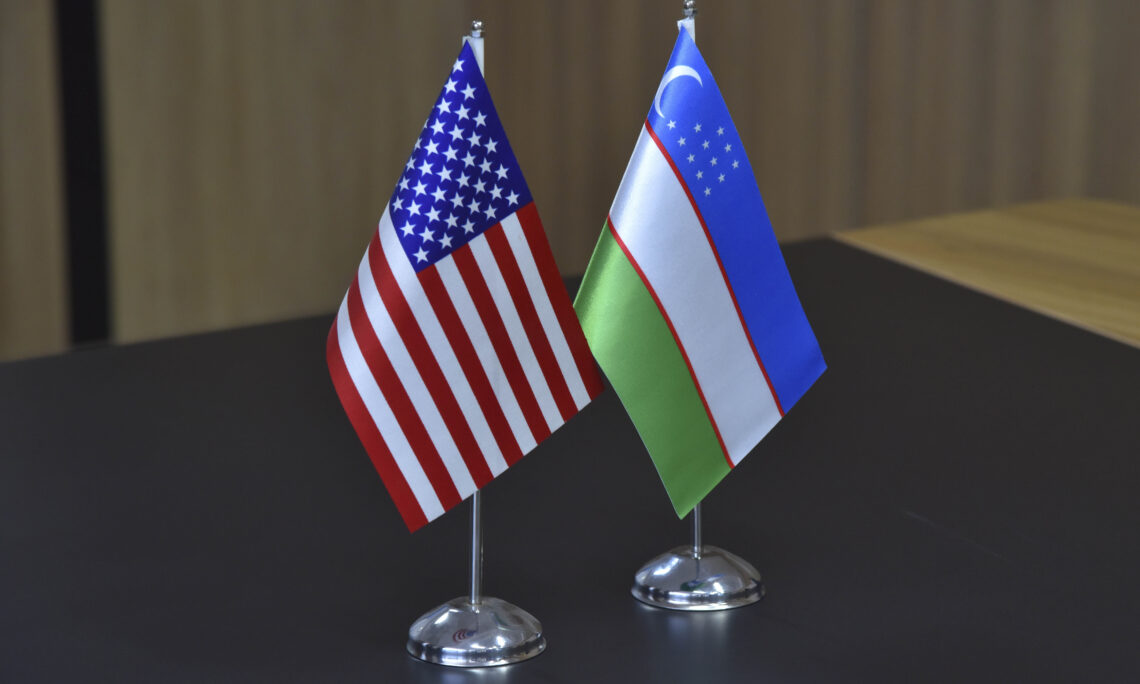 The text of the following statement was released by the Governments of the United States of America and the Republic of Uzbekistan.

The United States and Uzbekistan highlighted deepening U.S.-Uzbekistan ties, building on the visit of Secretary of State Pompeo to Tashkent in February 2020, which reinforced the new era of strategic partnership between the two countries.

Reaffirming the U.S. commitment to this partnership and support for the reforms being implemented in the Republic of Uzbekistan, Principal Deputy Assistant Secretary Thompson noted U.S. assistance to Uzbekistan grew to nearly $100 million in 2019, a ten-fold increase from 2016.

The United States encouraged the further deepening of ties across a wide range of political, economic, education, health, security, cultural, and other fields, while reiterating strong support for Uzbekistan’s independence, sovereignty, and territorial integrity.

The two sides emphasized the significant potential to strengthen cooperation in areas that would serve the interests of both nations, as well as peace and stability in Central Asia.

Recognizing the serious threats posed by international terrorism, violent extremism, trafficking in persons, and transnational crime to both Uzbekistan and the United States, the two sides encouraged closer cooperation and increased exchanges to promote regional security.

Additionally, both sides noted the necessity of meeting obligations and provisions under UN Security Council Resolution 2396 to counter terrorist travel.  The United States announced it intends to provide over $9 million in assistance this year to combat transnational organized crime and promote rule-of-law and anti-corruption initiatives.  Both sides reaffirmed their commitment to a peaceful resolution to the conflict in Afghanistan and discussed concrete steps to promote a meaningful reconciliation process.  Uzbekistan emphasized its ongoing efforts to enhance economic, trade, educational, and cultural ties with Afghanistan and increase its connectivity with Central Asia, and both sides reaffirmed their support for outcomes from the May 27, 2020, U.S.-Afghanistan-Uzbekistan Trilateral Meeting and subsequent working groups.  The United States and Uzbekistan also reaffirmed their shared interest in advancing multilateral cooperation throughout the region, including through the C5+1 framework.

The United States recognized Uzbekistan’s pursuit of economic reforms and improvements to the investment environment and encouraged continued steps toward greater economic liberalization and transparency.

Noting the major impact on the economy of the COVID-19 crisis, the United States reaffirmed its commitment to assist Uzbekistan as it moves forward in combating the second and third order effects of the global pandemic.

The United States emphasized the importance of furthering collaboration on digital economy and cybersecurity and supporting women’s economic empowerment and increasing leadership opportunities.

The two sides jointly emphasized the potential for close cooperation in the fields of energy, health and environment, information and communications technology, and tourism development, and the United States reaffirmed its continued support for Uzbekistan’s economic policy reform efforts, including its World Trade Organization accession process.

Uzbekistan and the United States underscored the importance of close people-to-people ties in advancing the overall bilateral relationship.

The two sides discussed concrete ways to expand educational and cultural exchanges to equip today’s youth with the skills to become future leaders, including plans for the return of U.S. Peace Corps volunteers to Uzbekistan, support for cultural heritage programming, and significant expansion of English language, math, and reading skills programs for teachers and students.

Both countries reaffirmed their commitment to further institutionalizing Uzbekistan’s reforms on human rights, trafficking in persons, religious freedom, a vibrant civil society, and independent media, highlighting that these elements are fundamental to long-term prosperity, stability, and development, as well as to the deep and enduring friendship between the two countries.

The two sides also reaffirmed the importance of more gender and socially inclusive policies and practices that expand educational, professional, and leadership opportunities.

To increase the resilience of Uzbekistan’s health system as the country recovers from COVID-19, the two sides committed to continued cooperation in health, including combating infectious diseases and ensuring the availability of essential health services.

The two sides announced the decision of their governments to elevate the annual U.S. – Uzbekistan bilateral consultations to a Strategic Partnership Dialogue.  Within this Dialogue, the United States and Uzbekistan intend to pursue closer cooperation across political, security, economic, and human dimensions.  PDAS Thompson and Foreign Minister looked forward to holding the inaugural Dialogue in Tashkent in 2021.