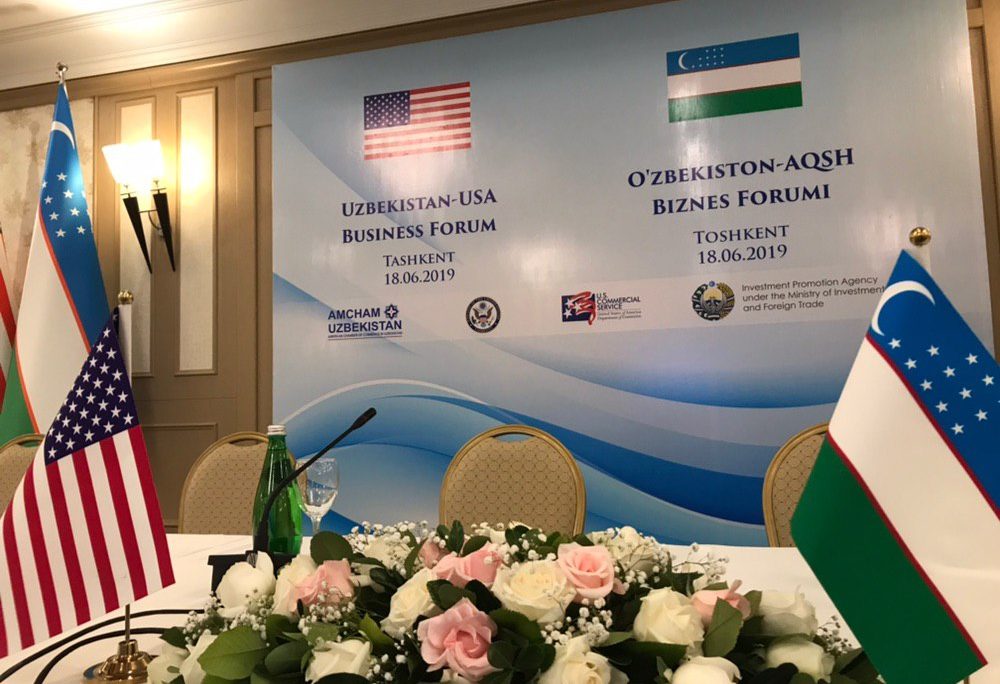 A U.S. Department of Commerce Certified Trade Mission featuring 13 major US companies is visiting Tashkent this week to learn more about the business and investment climate in Uzbekistan, and to meet with top Uzbek government officials, American Chamber of Commerce members, state enterprises and other Uzbek companies.  The certified trade mission fulfills a pledge made by Commerce Department Secretary Wilbur Ross to President Mirziyoyev during his visit to Tashkent last fall.

“While U.S.-Uzbekistan trade has more than doubled from approximately $150 million in 2017 to over $300 million in 2018, significant opportunities exist to strengthen commercial and economic ties,” Commerce Secretary Ross stated.

“Uzbekistan’s economic landscape is changing rapidly, thanks to ambitious reform efforts by the Government of Uzbekistan.  More and more American businesses are exploring opportunities in the Uzbek market.  We encourage deeper and broader contacts between the U.S. and Uzbek private sectors,” said U.S. Ambassador to Uzbekistan, Daniel Rosenblum. “The many business sectors represented by the trade mission participants reflect the growing trade and investment opportunities in Uzbekistan as this country seeks to diversify its economy and leverage its strategic geography in the heart of Central Asia,” he added.

The trade mission kicked off with a briefing from U.S. Ambassador Rosenblum and senior Uzbek government officials, led by the Minister of Investment and Foreign Trade Sardor Umurzakov.  Ministers from Energy, Transportation, and Health presented investment opportunities in their sectors and answered questions asked by the delegation of the trade mission.

“The United States of America is a strategic partner of the Republic of Uzbekistan. Further expansion of mutually beneficial trade and economic, investment, financial and scientific and technical cooperation between our countries is one of the key aspects to strengthen bilateral ties. I am convinced that events like this serve to strengthen contacts and trust between the business communities of our countries and helps find new areas of cooperation,” said Sardor Umurzakov, Minister of Investment and Foreign Trade.