Paul Poletes is a career member of the Senior Foreign Service.  Since joining the Foreign Service in 1998, Paul has completed assignments in Athens, Dhaka, Bishkek, Tirana, Ashgabat, Riga, and Washington, DC.

The Chief of the Political/Economic Section is responsible for the overall management of the section: analyzing Uzbekistan’s internal politics and monitoring democratic development and electoral reform. Political Officers analyze political developments and their potential impact on U.S. interests; promote adoption by the host country of foreign policy decisions that support U.S. interests; and advise U.S. business executives on the local political climate. Economic Officers advise U.S. businesses on the local investment climate and economic trends; negotiate trade and investment agreements to open markets and afford equal access; analyze and report on macroeconomic trends and trade policies and their potential impact on U.S. interests; and promote adoption of economic policies by foreign countries which further U.S. interests.

The Public Affairs Officer (PAO) is the public affairs adviser for the U.S. Ambassador and all elements of the Country Team. The PAO oversees the functions of the spokesperson for the Embassy and of the administrator of such official U.S. exchange programs as Fulbright Scholars, Humphrey Fellows, and International Visitor participants. The PAO also directs the overseas U.S. Speakers program and supervises international electronic linkages.

Whether in a U.S. Embassy or a Consulate, the Consul is a diplomat appointed by the U.S. Government to protect its citizens in a foreign country. They are the senior person for all visa issues. Both Consuls and Vice Consuls alike are State Department employees stationed at Diplomatic posts abroad.  Consuls are responsible for protecting and representing American citizens in all matters overseas. The Consuls also issue visas to foreign nationals who wish to visit the United States and immigrant visas to those who wish to reside there permanently.

Which Consular Services Are Available?

The Consular Section of the United States Embassy in Uzbekistan provides a full range of consular services, including American Citizen Services, Non-Immigrant, and Immigrant visas.

Immigrant visas are processed for persons who are entitled to reside permanently in the United States. Effective June 05, 2006, all immigrant visas for residents of Uzbekistan are being processed at the U.S. Embassy in Tashkent.

Nonimmigrant visas are processed for persons who seek short-term visas to the United States, such as tourist visas, student visas, and temporary work permits.

Management Counselor is responsible for normal business operations of the Mission, including overall management of personnel; budget and fiscal matters; real property management of office and residential units; expendable/non-expendable property warehousing, purchasing and disposal; maintenance operations; motor pools;  travel and transportation; shipping and customs; Embassy communications, diplomatic mail, and IT programs; and medical services. Also performs diplomatic liaison with other missions and host government on matters pertaining to the foregoing.

Federal agents of the Diplomatic Security Service are posted at U.S. Embassies as Regional Security Officers. They serve as the law enforcement liaison between the Embassy and the host government. Regional Security Officers are responsible for providing physical, procedural, and personnel security services to U.S. diplomatic facilities and personnel; they also provide local in-country security briefings and threat assessments to business executives.

The Chief of the Office of Military Cooperation (OMC) serves as US Central Command’s (USCENTCOM) chief representative to the Embassy and primary advisor to the Ambassador on all matters related to security cooperation and security assistance. The OMC executes Joint Staff, USCENTCOM, and component engagement programs with the Armed Forces of the Republic of Uzbekistan to include the Ministry of Defense, the State Border Protection Committee of the National Security Service, the Ministry of Emergency Situations, and the Ministry of Interior. The OMC directly supports Uzbekistan’s capability to counter transnational threats and secure its borders against trafficking of people, narcotics, and materials of concern.

The Export Control and Related Border Security (EXBS) Program seeks to prevent the proliferation of weapons of mass destruction (WMD) and advanced conventional weapons by helping to build effective national export control systems in countries that possess, produce, or supply strategic items as well as in countries through which such items are most likely to transit. The program is designed to help countries develop and improve their strategic trade and related border control systems. 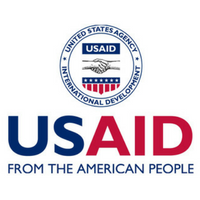 The U.S. Agency for International Development (USAID) Uzbekistan Mission Director is responsible for overseeing a development assistance program focused on improving livelihoods of individuals engaged in agriculture; increasing citizen’s role in governance; reducing deaths due to infectious diseases (e.g., TB, HIV); enhancing Government of Uzbekistan (GOU) responsiveness to transnational crime (e.g., trafficking in persons) and security threats; and expanding opportunities for development cooperation. In addition, assistance focuses on strategies to mitigate potential conflicts around issues such as water and energy. Since 1993, the US Government, primarily through USAID, has provided over $330 million in assistance to Uzbekistan. USAID works closely with other USG agencies, local counterparts and donors, as well as its regional headquarters in Almaty, to achieve assistance objectives.