The U.S. recognized the independence of Uzbekistan on December 25, 1991, and opened an Embassy in Tashkent in March 1992. Relations had been boosted by the March 2002 meeting between President Bush and President Karimov in Washington, DC, where the two countries signed the Declaration of Strategic Partnership. 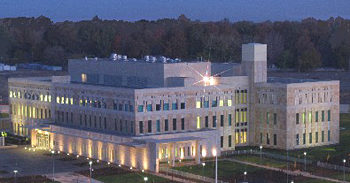 Embassy of the United States of America

The Embassy includes representatives of U.S. Government departments or agencies, including the Departments of State, Defense as well as USAID, and CDC. Through the U.S. Agency for International Development (USAID) and the Embassy’s Public Affairs Section, the U.S. Government supports educational and professional exchanges and other programs that offer Uzbeks the opportunity to study in the United States and to establish professional contacts with their American counterparts.

The Departments of State and Defense provide technical assistance in the form of equipment and training to enhance Uzbekistan’s control over its borders and its capabilities to interdict the illicit movement of narcotics, people, and goods, including potential weapons of mass destruction-related items.