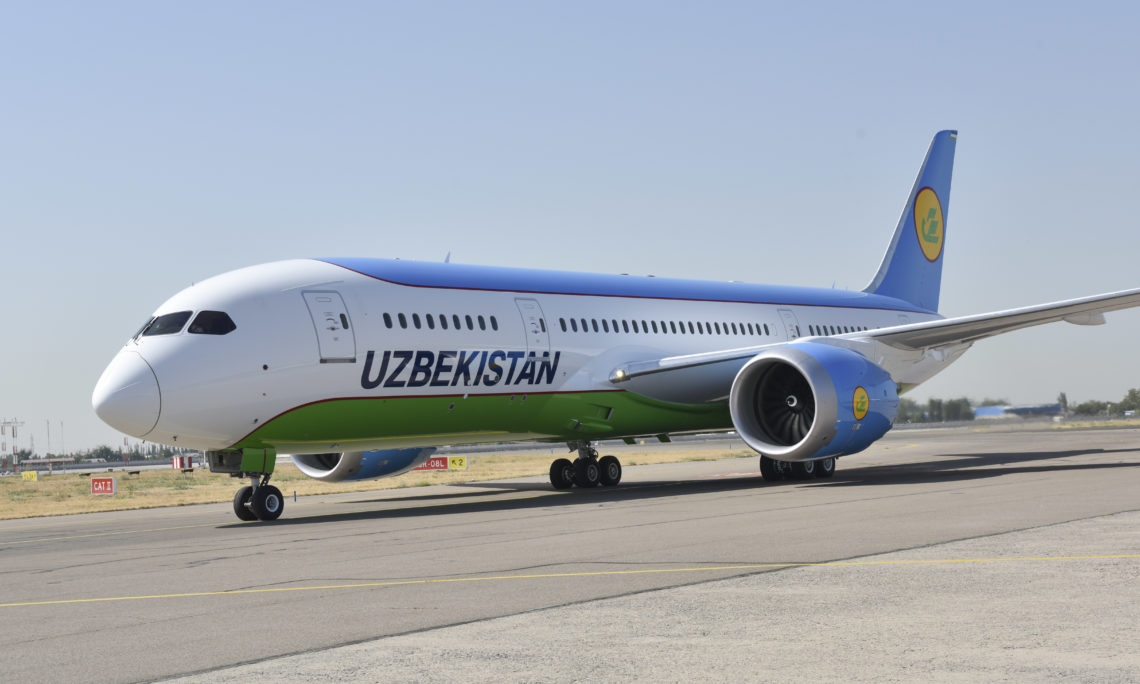 Dreamliner Taxis To The Tashkent Terminal

On August 31,  Ambassador Spratlen joined Uzbek government officials and an ecstatic crowd of Uzbekistan Airways staff and their families in welcoming the airline’s first Boeing 787 Dreamliner to Tashkent.  The festive occasion marked the addition of an airframe that makes direct flights to the United States a possibility for the future.