Home Бош саҳифа | News & Events | Are You Ready For The Exchange? 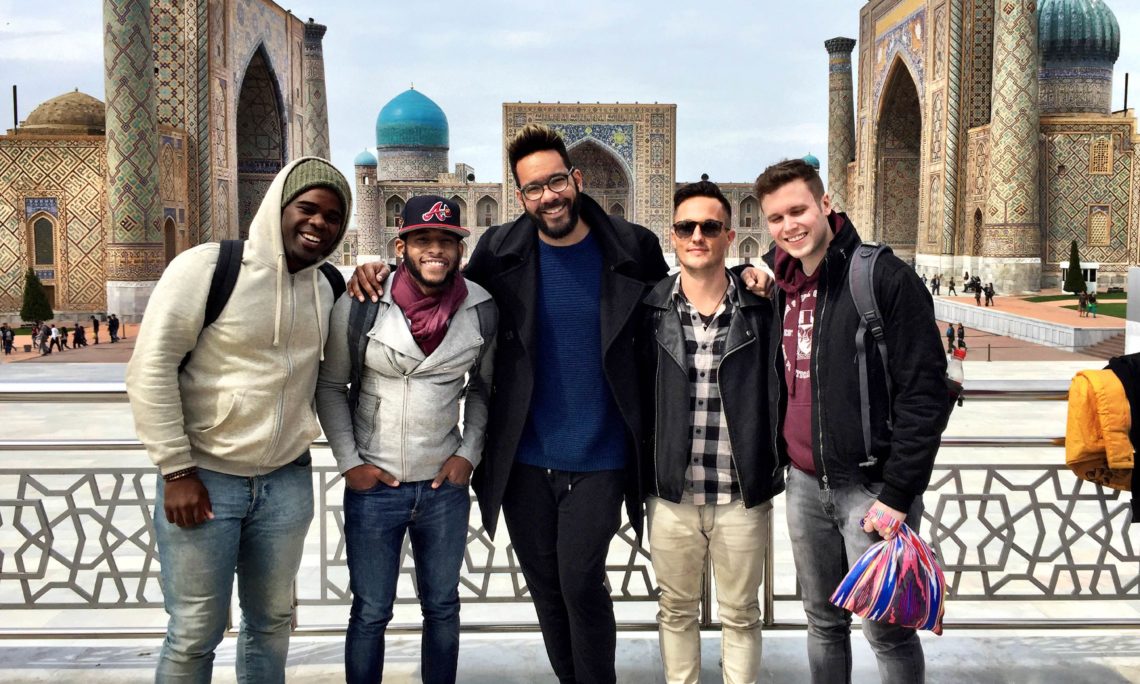 The U.S. Embassy in Tashkent is pleased to welcome an energetic American vocal group, The Exchange, to perform in Uzbekistan from April 5-11, 2016.  The group is on a multi-country tour and looks forward to meeting the people of Uzbekistan, and sharing ideas and culture.

The Exchange consists of five male singers, each with his own distinct voice and style.  This “a capella” group, which sings without instrumental accompaniment, fuses contrasting styles – rhythm & blues, rock, gospel, opera, and hip-hop.  Its sound is always defined by the raw, soulful power of the human voice.

The band’s members are: Aaron Sperber, Alfredo Austin, Christopher Diaz, Jamal Moore, and Richard Steighner.  The Exchange has travelled around the globe, from London to Hong Kong, Alaska to Dubai, Vegas to Singapore, and The Virgin Islands to Australia.

In Uzbekistan, the American vocal group will hold master classes at music colleges in Tashkent and Samarkand.  They will also connect with young lovers of music at the National Library of Uzbekistan.  On 8 April, the Exchange will perform at the Uzbek Conservatory together with jazz band leader and Uzbek star Mansur Tashmatov.  On 9 April, they will give a concert at the Turkistan Palace in Tashkent.

The group’s tour is part of the State Department’s American Music Abroad program, an exchange that features a wide variety of American musical genres through international cultural exchange initiatives.  The Exchange’s visit is organized within the framework of the International Jazz Festival in Uzbekistan, held under the auspices of UNESCO.

U.S. Embassy Tashkent has partnered with the Uzbek State Conservatory and State Jazz Orchestra named after B. Zakirov in bringing The Exchange to Uzbekistan.  Tickets to the concerts are available through the U.S. Embassy and are offered to the public free of charge.  To register for tickets music lovers must email: Tashkent-Program@state.gov.  A confirmation e-mail will be sent with further details.