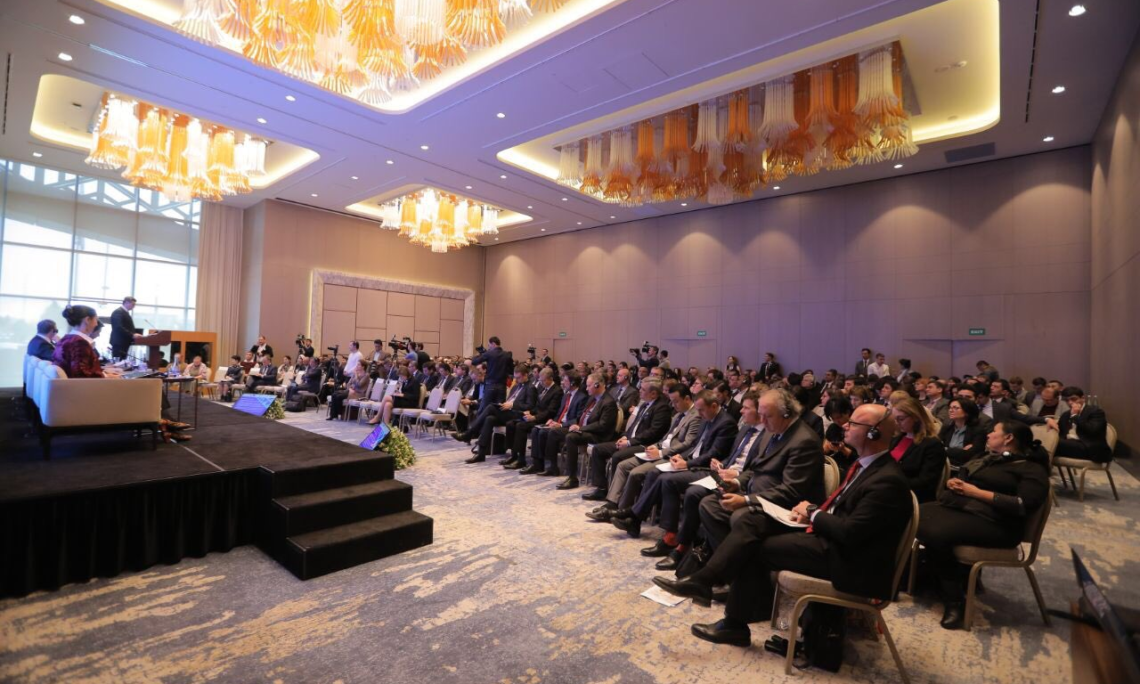 I want to thank the ILO for organizing this meeting today, it’s very useful for all of us.  Although I won’t try to thank everyone who has contributed to the effect to eradicate forced labor in Uzbekistan over the past 4-5 years – there are so many people involved and others have already thanked them here today – I just want to note it has truly been a “team” effort.  First and foremost, involving committed officials in the government of Uzbekistan – and here I have to single out Madame Narbaeva.  I first met you, Ms. Narbaeva when I visited Uzbekistan back in 2015, when you were head of the Trade Union Federation.  Even then you were committed to this goal, even though it was a very different time politically.

And it has taken a team effort on the part of the international community, both foreign governments, multilateral institutions, and international NGOs.

We are pleased that progress and improvements have continued since the 2018 harvest, in terms of decreasing absolute numbers of individuals forced to pick cotton.  And we are very heartened by the results of the ILO’s survey work.

We were encouraged by the creation of the National Commission on Trafficking in Persons and Forced Labor in 2019.

We would like to see more investigations and prosecutions of individuals who are violating these labor laws. We think that would be an important signal of the seriousness the government of Uzbekistan when it comes to this issue.

We also noted the changes in the agricultural sector that, over the medium to long-term, will have a significant impact on the structural incentives to utilize involuntary labor.  These changes – including elimination of state orders for cotton beginning THIS YEAR (as just announced by the Minister of Agriculture); the expansion of the “cluster” system of vertically integrating cotton growing, processing, and the textile industry; increased mechanization of the harvest; and a reduction in the acreage devoted to cotton – should eventually completely eliminate those structural incentives.  But we should also be realistic and acknowledge these processes will not be completed in one or two years – they will take a long time to fully implement.

As we have for several years now, our embassy conducted its own observations of the cotton harvest.  What we saw this year was generally encouraging.  Our observers saw that most pickers were in the fields of their own volition.  We did see incidents of forced labor as well, but they formed a small percentage of the locations we visited and individuals we talked with.  We hope next year that those incidents will be fewer still.

We deeply appreciate the work that ILO has done on this issue.  I applaud their work with Uzbek civil society, getting them involved in the Third Party Monitoring project.  And speaking of civil society, a big thank you to Ms. Urlaeva and Mr. Ganiev for your very important evaluations of this year’s harvest.

We would like to see civil society play an even greater role in monitoring these issues and in reporting on them to the general public.  Especially because the ILO and international community won’t be here forever to play this role – at the end of the day, this is something on which citizens of Uzbekistan must take the lead.

So my final point is that it is vitally important that Uzbekistan adopt NGO legislation that conforms to international standards, thereby creating an environment in which civil society organizations can operate freely, efficiently, and without unnecessary government interference.  Right now that environment does not exist.  And until it does, Uzbekistan won’t achieve the vision that President Mirzyiyoyev has so clearly laid out:  a society where civil society acts as a form of “public control” over public and private institutions.