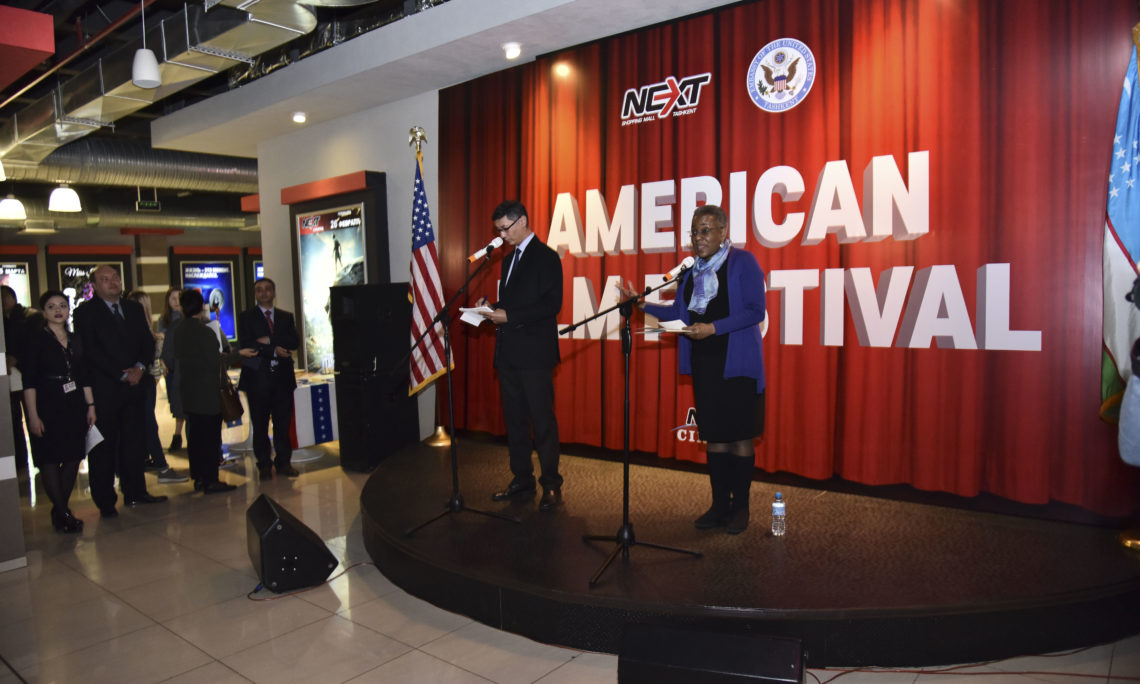 Thank you for coming out tonight for this screening of Hidden Figures to kick off the U.S. Embassy’s American Women’s Film Festival.  I also wish to thank the Embassy’s newest partners, Next Cinema and Next Mall, for graciously offering to host our film festival.

The American Women’s History Month Film Festival is the very first event the Embassy is holding at Next Cinema, and we are grateful for the use of this excellent, comfortable space in which to screen this series of important, enlightening, and ultimately, entertaining films.  I hope our association with Next Cinema and Next Mall will be long and fruitful on both sides.

In the United States, we often recognize previously hidden contributions of various individuals or groups by dedicating special days, weeks or months to them.  February was African American History Month.

I am pleased to be here tonight to draw attention to the start of Women’s History Month in the United States.  Every year in March, Americans stop and take the time to think about, and recognize, the contributions of women and girls to shaping our history, our present, and our shared future.

Our film festival leads right up to International Women’s Day, the 8th of March.  The people of Uzbekistan, as in many countries, on the 8th of March take time out to recognize the frequently overlooked contributions of women on this day, to pay respect to women who have lit the way for all of humanity, for their countries, for their mahallas, and in each family.

In recognition of Women’s History Month, the U.S. Embassy is presenting a range of films that celebrate real American heroes who happen to be women.

The theme of Women’s History Month this year is: “Persistence Wins the Day:  Honoring Women Who Achieved Greatness despite Obstacles”.  In most cases, these women persevered despite the biases of society against women entering such fields.  They inspire us because of their unrelenting persistence and unshakeable faith in themselves and the future.

All of the films highlight American women who demonstrate the best of our ideals:  courage, intelligence, integrity, imagination, and determination.

The women featured in this film festival excel in a wide range of human endeavors:  science and mathematics; protecting the environment; business and industry; education; sports; and the early days of human flight, from crossing the ocean to reaching for the stars.

While we will focus on the professional lives of these unique women, they were all the more remarkable because they often served in multiple roles beyond work, in their families, churches, communities and larger societies.  Their achievements belong to them, but they express gratitude to the families, mentors and institutions that made their achievements possible.

President Mirziyoyev has proclaimed 2018 to be the Year of Innovation and Entrepreneurship, and the Year of Science, Technology, Engineering and Mathematics.  To make this vision successful will require the talent of resourceful men and women.  In that light, I challenge each of you to take to heart the lessons of the historic women featured in these films.

In closing, I want to thank all of you for coming tonight to kick off the 2018 American Women’s Film Festival, and Next Cinema and Next Mall for sharing our commitment to equality.  I have no doubt the women and girls of Uzbekistan will bring special talents to the development of this country.

Thank you for your attention.